In Canada, the ‘professional politician’ remains the exception rather than the rule, and MPs with prior political experience don’t have an advantage in the development of their parliamentary careers. 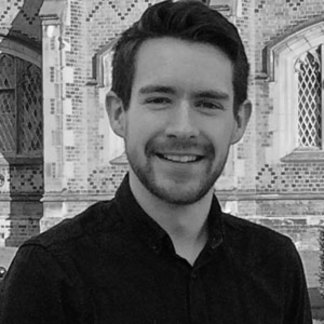 James Pow is studying for a PhD at Queen’s University Belfast, based in the Senator George J. Mitchell Institute for Global Peace, Security and Justice. His PhD project examines the potential for a citizens’ assembly to facilitate decision-making in post-conflict Northern Ireland.

James holds an MA in Political Science from the University of British Columbia, Vancouver, and in 2017 was a Visiting Scholar at the Centre for Deliberative Democracy and Global Governance at the University of Canberra.

From dentistry to plumbing, midwifery to air traffic control, there are plenty of career paths for which prior specialist training is essential. Being a politician in a national legislature is not one of them, but – for better or worse – some people do indeed train to be politicians.

There has been growing concern in many democracies, notably the United Kingdom, that this process of political ‘training’ results in too many elected representatives with no experience working outside the world of politics itself. These professional politicians are seen as increasingly detached from the life experiences of the citizens they represent.

In Canada, however, previous academic research has highlighted the relative amateurism among Members of Parliament. This lack of political professionalisation can be explained, in part, by the lack of incentives in the Canadian system for would-be politicians to acquire prior experience working in politics itself.

New research published in the July 2018 issue of the Hansard Society journal Parliamentary Affairs tested this idea through an analysis of biographical data on 836 MPs serving between 1993 and 2015, and a comparison between over 300 newly elected MPs in 2011 and 2015 and the candidates who came second.

Establishing a career as an MP

If you have an ambition to become an MP, there are certain prior career choices you might expect to improve your chances of reaching your goal. Perhaps you could learn about the machinery of politics by working as a special advisor to an elected politician, or maybe you could first get elected as a councillor or provincial representative before moving up the career ladder to the federal level.

In the Canadian system there are obstacles to making such plans. On the one hand, there is widespread disapproval of parties ‘parachuting’ candidates into winnable ridings – which is how special advisors might enjoy an electoral advantage elsewhere. On the other hand, the organisation of Canadian political parties traditionally lacks much integration between different levels of government, making it difficult to discern any real career ladder from municipal to provincial to federal office.

Indeed, based on the comparison between the winners and the runners-up in the 2011 Canadian federal election, there is no evidence that individuals with a professional background in politics enjoyed any automatic advantage in getting elected. A candidate with no experience working in politics was just as likely to win as someone with prior experience.

Even if it doesn’t help you get elected in the first place, you might expect professional experience in politics to be an advantage when it comes to promotion within Parliament. This was not the case between 1993 and 2015. Among then-MPs whose party was in government, the odds of reaching cabinet were not improved by pre-parliamentary political experience, controlling for other factors like age and the province in which an MP’s riding is located.

Maintaining a career as an MP

Once you’re elected to Parliament, keeping your job becomes an obvious priority. This isn’t easy in Canada. Federal elections are typically very competitive, with few safe seats and high rates of turnover. More than half of the MPs who served between 1993 and 2015 were either deselected or lost re-election bids.

Significantly, the odds of involuntary exit were not reduced by prior political experience. Instead, lower odds of electoral defeat were associated with being elected at a younger age and having a larger initial winning margin. In other words, pre-parliamentary training is of no special help at re-election time.

Even among the most politically ambitious of individuals, the inherent risks associated with maintaining a career as an MP in Canada would make it reasonable to initially pursue a different (non-political) line of work. In the event of involuntary exit, this prior work experience outside of politics may broaden MPs’ post-parliamentary ‘fallback’ career options. This factor appears to reduce further the share of MPs with no non-political experience.

Disengaging from a career as an MP

Finally, serving in Parliament is largely understood as interstitial to a Canadian MP’s broader career, rather than necessarily its pinnacle. It is common to leave the House of Commons and return to teaching, business or farming, among other possibilities. So too it seems that professional politicians feel able to disengage prematurely from federal politics precisely because they understand that there are other avenues to continuing their work in their field – outside of Parliament.

Of the MPs who got to choose the timing of their departure between 1993 and 2015, the mean tenure was 11.2 years – 2.5 years longer than the overall average. Having a pre-parliamentary background working in politics was not related to spending a longer time in office. Instead, what was significant was the age at which an MP entered Parliament (MPs elected at a younger age served longer) and being a member of a party in government (these MPs also tend to serve longer).

These patterns and norms may, of course, change. Will Prime Minister Justin Trudeau inspire a new generation of political aspirants to plan a career in politics, starting behind the scenes and then working their way up to the top? Will political parties tighten their organisation to provide a more obvious career ladder to the House of Commons? And will the status of the job of an MP change so that it’s seen as less of an interlude between other jobs and more as an ultimate career goal in itself?

For now, the professional politician remains the exception rather than the rule in Canada.