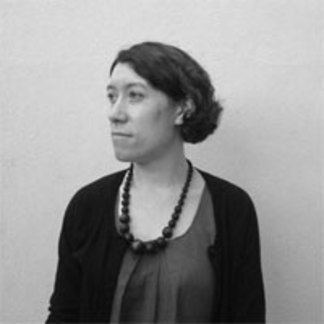 Dr Avril Keating is a Senior Lecturer in Comparative Social Science at the UCL Institute of Education’s Department of Education, Practice and Society, Director of the Centre for Global Youth, and a Contributing Academic to the ESRC Centre for Learning and Life Chances in Knowledge Economies and Societies (LLAKES).

Avril’s research focuses on the evolution of civic attitudes and agency during youth, and she is involved in a range of projects that explore this theme from a comparative, inter-disciplinary and mixed-method perspective.

The youth vote was an important theme in the run up to the 2015 general election, and it was heartening to see so many different organisations try to reach out to young voters. Whether it was Bite the Ballot or Channel 4’s E4, all worked to try to ensure young people got their say on May 7th.

These campaigns largely focus on young people who are over the age of 18 and eligible to vote in this election. But schools and teachers can play an important role even before their students reach the age of majority. In addition to formal Citizenship classes, schools also provide activities that give students a chance to learn about democracy through ‘hands-on’ experience. Some of the most popular (and effective) activities in this vein are school councils, debating teams, and mock elections, which the Hansard Society has been supporting for 50 years.

Analysis of the Citizenship Education Longitudinal Study in England (CELS) shows that hands-on activities like these can have a positive impact on young people’s attitudes towards politics. Moreover, these benefits are not temporary. We found that students who participated in mock elections, debating teams and/ or school councils were more likely to have positive attitudes towards political participation even after they had left school. And it’s not just voting that these activities encourage; our participants were also more likely to report that they had taken part in non-electoral types of participation, such as boycotting products, contacting politicians, and using social media for political purposes. These positive benefits were found even after we controlled for other factors that are known to boost political participation among adults (such as high levels of education and high socio-economic status). In other words, mock elections and school councils don’t just benefit middle class students or young people who are already politically engaged.

Why does hands-on learning leave a lasting impression?

There are several reasons why activities like these provide such an important (and lasting) impression on youth attitudes. For one, these activities allow young people to acquire practical as well as cognitive skills. For example, mock elections give students an opportunity to participate in (mock) election campaigns and to run as candidates. In the process, students practice politically-relevant skills such as public speaking; formulating and communicating opinions about political issues; negotiating with others; and learning to work in groups.

Even simply filling in the mock ballot paper can be beneficial, as it not only allows students to become familiar with how to cast their vote, but it can get young people into the habit of participation. Many political scientists believe that voting is a habit and that people are more likely to vote if they have done so in the past. Young people typically do not get a chance to form this habit until after the age of 18, but mock elections can help to start the habit-formation process.

Schools also send an important message to young people when they give them opportunities to practice democracy at school. In particular, these activities help to reinforce the social norm that political participation is worthwhile. Exposing young people to this idea while they are at secondary school is particularly important. Adolescence is a formative period and the norms, identities and habits that are formed during this period persist into adulthood and help to shape political participation in later life.

More importantly, by offering these activities schools are also signalling that young people’s opinions matter. This can help young people to feel more included, and boost their confidence and sense of efficacy. Young people are more likely to take part if they feel that their voice will be heard, and that their efforts will make a difference.

Of course, simply holding mock elections in schools will not address all of the challenges surrounding youth political engagement. If only it were that easy. Families, political parties, NGOs and the media must also play their role in engaging young people with politics. And of course schools need to be given adequate support and resources in order to play their part. Politicians regularly pronounce their support for citizenship education, but if any type of citizenship education is to be effective, policy announcements in this vein must be backed-up with sustained political commitment, practical support for schools, and trained teachers. Without these vital resources, it will be difficult to live up to the potential that different types of citizenship education can have and give youth political engagement the boost it still clearly needs.

This post draws on a forthcoming paper in the Hansard Society’s journal Parliamentary Affairs, since published as Avril Keating and Jan Germen Janmaat, ‘Education Through Citizenship at School: Do School Activities Have a Lasting Impact on Youth Political Engagement?’, *Parliamentary Affairs*, Volume 69, Issue 2, April 2016, pp 409-429.

A New Normal? Parliament after Brexit