Ed Miliband’s recent speech, in which he confirmed the lines along which his party will campaign during the six months up to the 2015 election, was seen by the media as part of a ‘fight-back’ to defend his leadership. This meant many ignored the real significance of the speech. 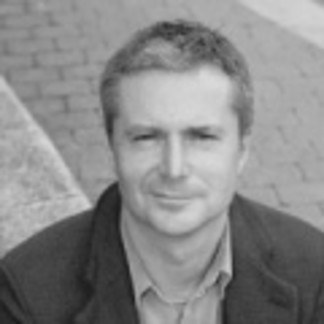 To be fair to the nation’s journalists, this hasn’t been a good time for Miliband. Of late, critics in the Parliamentary Labour Party have certainly been free with their opinion that what they see as the party’s weak position in the polls would be transformed if Labour ditched its current leader.

Is such pessimism justified?

Given Labour’s position on the morning on May 7th 2010, the party’s current competitive position in the polls is arguably remarkable. At 29%, Labour was just six points ahead of the Liberal Democrats and over seven behind the Conservatives: there was even a point during the 2010 campaign when it looked like the party would slip into third place.

That election certainly brought the New Labour era to a crashing end. The party under Tony Blair and Gordon Brown had spectacularly returned to power in 1997 claiming the radically free market established by Margaret Thatcher could be used to reduce inequality. If there was some evidence that the government at least stemmed rising inequality, the 2008 international financial crisis suggested the free market was not as perfect as the leadership had assumed. If in 2010 Labour lost votes across the board, it was especially hit by being abandoned by those on modest incomes who had benefitted little during the years of boom and suffered most in the recession.

With Labour widely blamed for the economic downturn, the Conservative-Liberal Democrat coalition looked set to further marginalise the party, giving the latter the credibility it had always lacked while putting the finishing touches to Cameron’s attempt to end his party’s reputation for being the ‘nasty party’.

Labour in opposition moreover had to deal with the sense that the New Labour approach had ultimately failed to balance a Thatcherite free market with the social democratic goal of making society fairer. Whoever was elected leader after Brown stepped down had to address that issue: even David Miliband, long Blair’s anointed successor, called for ‘Next Labour’. But instead of David it was Ed who won that contest, largely because he vigorously argued that Labour had to row back from its uncritical adherence to the free market. This certainly appealed to those trade union members whose support was vital to Ed’s victory, while MPs mostly supported David.

Dubbed by the ring-wing tabloids as ‘Red Ed’ the unions’ friend, Miliband moved the party to a somewhat more critical stance regarding the market, recognising New Labour had insufficiently helped those who needed it most in the years of boom. He was also responding to the fact that while the economy recovered after 2010 few outside those he termed the ‘squeezed middle’ were actually better off. This modest act of ideological rebalancing he felt was more appropriate to the public mood in 2015 than the one New Labour outlined in the 1990s.

Many of Miliband’s own colleagues in the Commons were critical of this repositioning – they had after all backed David who was less critical of the market’s failures. Yet, despite attacks on his cautious leftward shift – and he also found himself ridiculed for his more obvious presentational incompetence – for much of this Parliament Labour enjoyed an opinion poll lead over the Conservatives. Even now, Labour retains a slight edge.

Labour’s competitive position is however not completely – or even largely – of Miliband’s making. Were it not for the UKIP insurgency it is likely the Conservatives would be in a much healthier position. Cameron has also had to abandon his liberalisation project to appease backbench MPs for fear they will jump ship to Farage’s party. By entering an arrangement with the Conservatives Nick Clegg’s Liberal Democrats also immediately saw many of its left-inclined voters flock to Labour.

Miliband’s critics argue Labour should in any case have a much greater lead than it does, that its position has always been a function of the government’s unpopularity but that when the election comes close voters will turn to the Cameron who they trust to manage the economy more than Miliband.

In reality Labour is committed to a programme of cuts almost as massive as those planned by the Conservatives: there is little to choose between them there. But there are some crucial areas of difference and Miliband’s strategy is to emphasise how Labour will ensure the market better serves the interests of the majority.

This approach was outlined in his ‘fight-back’ speech. There Miliband focused on Britain’s economic divisions, conjuring up the old Labour Party narrative of a top-hatted elite subjugating the rest of society. This would certainly have pleased some party stalwarts but it also flows from Miliband’s perception that the party has to reconnect with voters on explicitly social democratic – not UKIP – terms. This means addressing their real economic grievances – low pay, and job insecurity – rather than the current obsession with immigration. Some see that as a risky strategy: after all, immigration was recently named as the most significant issue facing Britain by 39% of those polled. But Miliband sees such opinions as either racist or the result of more basic material insecurities, which he seeks to address.

This is a strategy best suited to exploit the Labour leader’s strengths, such as they are. For Miliband’s best moments have been when he has been personal and sincere, like when he defended his father against charges of hating Britain. He has also made a positive impression when he’s taken the politically risky path of standing up to powerful interest groups, as when he took on Rupert Murdoch. In any case, Miliband hasn’t got much of an alternative. He would lack any credibility in chasing after those drifting to UKIP, a move that would probably only alienate core supporters and those 2010 Liberal Democrat voters who currently back Labour. Certainly Gordon Brown did himself no good when in 2007 he talked about ‘British jobs for British workers’, putting off liberals in his party while failing to win over new support, because he didn’t follow through on his rhetoric – indeed he arguably helped bolster support for UKIP.

In fact in a period of multi-party politics when the two main parties are level pegging, Miliband doesn’t have to go after those obsessed with immigration: he doesn’t need to pursue the catch-all electoral strategy which defined New Labour. Only a slight increase in the 30% or so who currently say they will vote Labour could be enough to make it the largest party and even possibly win Miliband a Commons majority. One of his greatest advantages here is the current electoral system, which significantly benefits Labour. By reducing the number of MPs and equalizing the size of constituencies, Cameron had hoped to reverse that position but divisions within the coalition saw that reform fail.

The big challenge for Miliband now is that he has to maintain the strong and principled stance he assumed in his speech, through to the leaders’ debates. He has done what is, for him, the easy bit: now the Labour leader has to be strong at presentation and sell the message to the British people.

He hasn’t been very good at this in the past: can he keep it up for six months?

Steven Fielding’s research on Labour and the 2015 general election featured in ‘Britain Votes 2015’, the 2015 edition of the regular Parliamentary Affairs publication on each UK general election.