Select committee reform over the last 40 years has been a stop-go process. Here, the Clerk of the Liaison Committee during its recent 40th anniversary inquiry traces the phases in the story and identifies the set of factors that seem to work for or against reform each time. 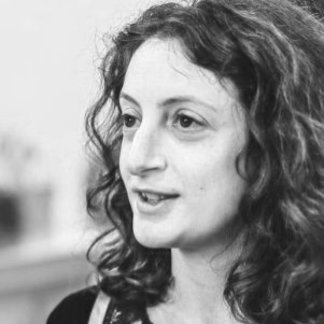 Deputy Principal Clerk in the Committee Office, House of Commons

Sixty years after government was restructured into departments organised along functional lines in 1918, the House of Commons set up a scrutiny system to match it. Motions to establish a new departmental select committee system were passed by the House in June 1979, and on 26 November the House agreed the appointments of the first Members of the new committees.

Why had this taken so long? As Bernard Crick wrote in his 1970 edition of The Reform of Parliament, select committees on matters of public policy had been “thoroughly distrusted and disliked by the Whips”, as “despite government majorities on them, they have an awkward tendency to develop cross-bench sentiment, and a shocking habit of regarding the Executive as guilty until it is proved innocent”.

In 1979, the coming-together of a coherent set of proposals for reform, together with a Leader of the House determined to bring them forward following a general election, precipitated change. The Procedure Committee’s 1978 report was met with a commitment to implementation from a reforming Shadow Leader (Norman St John Stevas). And then in 1979, after the change of government, St John Stevas saw through his commitment and the new select committees were born.

In many ways, today’s select committees are remarkably similar to those envisaged by the-then Procedure Committee. Yet in other ways their activities are almost unrecognisable: their influence and visibility both inside and outside Westminster is far greater. This blogpost sets out a potted history of reform of the select committee system over the last 40 years.

Shifting the balance: the first set of reforms after 2000

The first major set of reforms followed the Liaison Committee’s 2000 report Shifting the Balance. This made the case for loosening the control of the Whips over appointments to select committees and for more resources – including the creation of a central unit to help committees with the scrutiny of estimates and expenditure – and for the suggestion of either greater pay or additional office costs for chairs. A strong report alone, however, was not enough to lead to reform. The government turned down the majority of the Committee’s recommendations.

However, just a year later Robin Cook became Leader of the House of Commons. He inherited not only a manifesto of reforms but also the opportunity to act. After the 2001 general election, two committee chairs were not nominated by the government to their re-established committees (Gwyneth Dunwoody and Donald Anderson, to Transport and Foreign Affairs, respectively). When the motions to nominate were rejected by the House, retabled motions had to be brought forward, putting their names back on the list. Cook’s response was to move select committee reform to the top of his agenda. He wrote in his diary, “[The defeats] had created a momentum for reform. The important thing now was to surf on it.”

As Leader of the House, Robin Cook “inherited not only a manifesto of reforms but also the opportunity to act … Reforms to the select committee nominations process were, however, narrowly rejected.”

There followed a report on select committee reform by the Modernisation Committee (a cross-party select committee unusually chaired by the Leader of the House). This proposed many of the same reforms as the Liaison Committee before it. The House then agreed to most of these, including increased resources, pay for committee chairs, and core tasks for select committees.

Reforms to the select committee nominations process were, however, narrowly rejected. The Whips, much maligned by Bernard Crick, appeared to have orchestrated the defeat despite the promise of a free vote. As well as evidence of the Labour Whips organising against the vote, the Conservative Party also voted against reform. Robin Cook later commented in his diary that any Opposition’s enthusiasm for an active and independent Commons was “tempered by anxiety about whether it may prove too obstreperous once they get their paws on power”.

Rebuilding the House: the introduction of elections in 2010

It was not until 2010 that the majority of select committee appointments were taken outside the control of the Whips. This time, the package of reforms had been put together by the Select Committee on Reform of the House, chaired by Tony Wright MP. Set up by the government at Wright’s suggestion, the aim had been to attempt to revitalise the Commons following the expenses crisis. On select committees, the Committee’s report, Rebuilding the House, proposed that Chairs should be elected by the whole House, with members chosen within party groups “by secret ballot” by “transparent and democratic processes”.

“With the 2010 election around the corner and the widespread distrust of Parliament, no party had wanted to be seen as a defender of the current system.”

After some behind-the-scenes wrangling, on 4 March 2010 – before the House of Commons was prorogued in the run-up to the 8 April general election – the House agreed the changes to Standing Orders required for the election of select committee chairs.

There had been some stickiness in bringing change forward. At first, it was proposed that the series of reforms would be put to the House as a series of unamendable Orders, which could be blocked by a single member objecting. However, the government changed tack under pressure from the Opposition parties and its own backbenchers. With the election around the corner and the widespread distrust of Parliament, no party had wanted to be seen as a defender of the current system.

Increasing effectiveness and impact: pushing the boundaries since 2010

Since 2010, reform has been less about winning greater independence from the government, and more about increasing activity, innovation, and engagement. The Wright Committee had concluded that the changes it proposed could lead to “many associated opportunities for the House to work in new and innovative ways”. As far as select committees are concerned, emboldened by their election and increased legitimacy, they have largely grasped that nettle. Rather than seeing themselves as limited by their powers, they tested them.

Select committees have increasingly sought to hold to account those with authority and power, whether Ministers or private individuals. They have involved the public and those with lived experience in greater numbers and a variety of ways – from supporting witnesses for whom appearing before a select committee is daunting, to crowd-sourcing questions or topics for inquiry online, to commissioning mini-publics to hear the public acceptability of policy options.

“For reform to have its fullest impact it needs backbench MPs willing to make the most of the system they inhabit.”

Committees have also seen greater value in working together – co-sponsoring citizens’ assemblies and collaborating on issues like the collapse of Carillion, climate change, the gig economy and environmental health. The 2019 Liaison Committee Report, rather than pressing for procedural or structural reform, instead sought to embed these new positive working practices and enable further innovation.

This journey of select committee reform, as told above, was not inevitable. Reforms which seek to strengthen Parliament against the executive have generally been difficult to achieve, especially when that executive commands a majority in the House of Commons. Backbench access to the House’s agenda, the strength and lure of the payroll vote, and the variance in the value which MPs give to cross-party work, all contribute to stifle the momentum for reform. The same forces of inertia as described by Bernard Crick in 1970 were evident again in both 2002 and 2010.

As Tony Wright told the Liaison Committee in 2019, “The forces of conservatism and inertia are vast.” Overcoming these requires careful forethought, preparing for the moment of crisis, or a shift in the zeitgeist which creates opportunity, a clear programme of reform, a cross-party alliance of those willing to push reform forward, and a champion within government. Moreover, for reform to have its fullest impact it needs backbench MPs willing to make the most of the system they inhabit – pushing the boundaries as well as shifting the balance.

This post is adapted from ‘Select Committee Reform: Shifting the Balance and Pushing the Boundaries’, Lucinda Maer’s contribution to the special issue of the Hansard Society’s journal Parliamentary Affairs on ‘40 years of departmental select committees in the House of Commons’ (vol 72, issue 4, October 2019), of which she was one of the editors.

The 2019 Liaison Committee report on the Commons select committee system: broadening the church, integrating with the Chamber

parliament.ukThe effectiveness and influence of the select committee system (pdf)