Less than a week from now we will witness the latest and most likely the last parliamentary by-election before the 2015 general election. The by-election in Rochester and Strood follows the defection of Conservative MP Mark Reckless to Ukip – who is the second MP to defect to the Eurosceptic party. 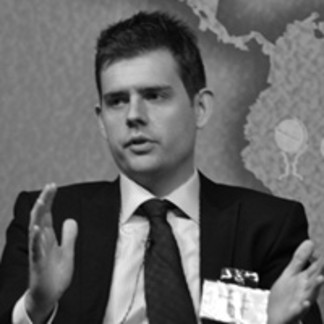 Professor of Politics and International Relations, University of Kent

Reckless has followed his former colleague and friend Douglas Carswell, who at a by-election last month in Clacton won almost 60 per cent of the vote on a 44.1 per cent swing as a Ukip candidate. Together, they have brought experience and publicity to the insurgent Ukip and handed its leader Nigel Farage a useful response to the ‘wasted vote syndrome’ that tends to affect minor parties in the British system – once voters conclude that you cannot win under first-past-the-post it is incredibly difficult to convince them otherwise.

When news of Reckless’ defection reached the Conservative Party it was met with anger and optimism – anger because of the perceived betrayal, and optimism because of a belief that Rochester and Strood is nothing like Clacton. Conservatives quickly united around the assumption that Reckless was not popular locally, that he was a mediocre campaigner who had failed to win the seat back in 2005, that the area was too affluent and middle-class for Ukip to win, and that Nigel Farage’s party was not professional enough to carry Reckless over the line. The conventional wisdom spread up the ranks to David Cameron who publicly aligned himself to the campaign and promised to throw “everything we can” at the battle. But then came the polls.

Each of the four opinion polls to date have given Ukip a comfortable lead of more than ten percentage points. Across all of the polls Ukip is averaging 43.7 per cent, well ahead of the Conservatives on 31.5 per cent and Labour on 19.7 per cent. If this snapshot turns out to be accurate then Ukip will achieve the second strongest by-election result in its entire history (behind Clacton). This picture is striking, but especially so given two other factors – the local demography and the nature of local support for Ukip.

Conservatives who point to the difficult demography for Ukip in this area of Kent are right. Rochester and Strood is more middle-class, slightly younger and more affluent than Farage would ideally like. This seat is not filled with the ‘left behind’ voters who we know from our research are most attracted to Ukip – older, white, working-class voters who often have no qualifications and are financially struggling. It is quite a different prospect from Clacton, for example, or Heywood and Middleton. That this seat in Kent has been a more complex battle for Ukip can be seen in the table below, which draws on research undertaken for our book Revolt on the Right.

The seats are ranked according to their demographic receptiveness to Ukip. Whereas Clacton emerges at number one, Reckless’ seat is found way down the list at number 271. Between these two seats are dozens of Conservative-held seats that may now start to appear on the radar of Ukip strategists as they decide where to target in May 2015. And this is what makes the predicted outcome significant. If Ukip is able to win against the Conservatives in the 271st most Ukip-friendly seat in the country then what does this mean for other Conservative-held seats in southern England? Even if Ukip fails to directly win in these seats it may yet have a profound indirect effect on the local outcomes, taking thousands of voters away from Cameron and effectively costing him the general election.

A second point of significance concerns the types of voters who appear to be switching to Ukip in this seat. Contrary to popular wisdom that Ukip is simply a second home for exiled Conservatives, most of the party’s support in this part of the country appears to be coming from disillusioned voters who in 2010 voted for the Liberal Democrats, Labour, another party or stayed at home. Consider the latest poll from Lord Ashcroft: among those likely to vote, 44 per cent of 2010 Conservative voters plan to turn out for Reckless but so do 40 per cent of 2010 Labour voters, 23 per cent of Liberal Democrat voters and 81 per cent of respondents who said they had voted for another party. In other words Ukip may recruit a majority of its support in this seat from non-Conservatives. Part of this can be explained by Labour’s decision not to invest heavily in the by-election, thus removing an obvious home for many of these voters. But it also reflects Ukip’s growing professionalism and a strategy that has targeted non-Conservative voters.

Matt Goodwin and James Dennison’s research on UKIP and the 2015 general election featured in ‘Britain Votes 2015’, the 2015 edition of the regular Parliamentary Affairs publication on each UK general election.