Ireland’s 32nd parliament met for the first time on 10 March 2016 following a general election which returned a highly-fragmented party system and failed to offer an obvious coalition government option. 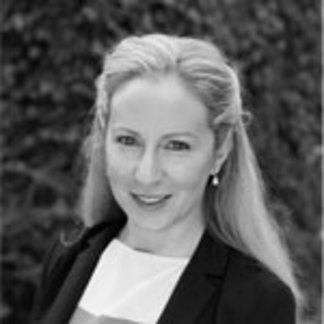 The polls got it wrong! The expectation that the election would return the same Fine Gael-Labour Party coalition, albeit on the back of a reduced number of parliamentary seats, did not materialise. Instead, the election produced substantial gains for the opposition parties. Fianna Fáil more than doubled its seat allocation to 44 and Sinn Féin emerged with 23 seats, up from 14 in 2011. Smaller parties and Independents also fared well. They secured 34 seats, 21% of the total.

The major casualty was the smaller coalition party. The 2016 election proved to be the Labour Party’s worst ever election. They lost 30 seats and now have just seven TDs. Fine Gael continues to be the largest party in Dáil Éireann but it too suffered losses and is currently unable to command majority support for the re-election of party leader, Enda Kenny, as Taoiseach.

The unexpectedly high number of seat losses and gains has produced a high turnover of TDs. 98 of 166 sitting TDs (MPs) were returned. Of these who were not returned, a relatively high proportion had been first-time TDs in 2011. In fact, 38% of the 2011 generation lost their seats in 2016. This means that the 32nd Dáil welcomes 52 first-time TDs (plus eight TDs who did not serve in the previous Dáil, but were elected TDs prior to 2011). This is not as many new TDs as in 2011 when 76 first-timers were elected following the so-called ‘earthquake’ election. However, it is higher than the average Irish parliamentary turnover figure and signals continued volatility in Irish politics.

The elevated rate of turnover coincides with a continuing emphasis on parliamentary reform in Ireland. Some reform measures were introduced during the previous parliamentary term. They may not have been especially ambitious, but they did marginally improve parliament’s capacity to influence the legislative and oversight process.

The most recent election has further highlighted the need for Dáil reform. The new Dáil arithmetic has failed to offer an obvious candidate(s) to form a government. There is some possibility that a minority government will emerge. This has prompted some reconsideration of how the Dáil does its business and may have convinced political parties that reform is not just necessary, but vital.

Fianna Fáil is the largest opposition party, but also a possible candidate for participation in the next government. The party is currently leading the charge for parliamentary reform, pushing for any reforms to be agreed in advance of the formation of the next government. There is some irony in this position. Fianna Fáil has spent more time in government than any other Irish political party, but failed to use these periods in power to pursue an ambitious reform agenda. Now on the opposition benches, it seems the appeal of parliamentary reform is much more compelling. The reasons are clear. Should Fianna Fáil choose to inhabit the opposition benches, and thereafter support a minority Fine Gael-led government, a more empowered parliament has an obvious allure. Such an institution offers a counterweight to the traditional dominance of Ireland’s executive and potentially allows opposition parties greater input and influence in Dáil Éireann.

This strong post-election narrative prompted Fine Gael to publish proposals for reform on 11 March 2016. The party is requesting that the recently-elected Ceann Comhairle (Speaker of the House) prioritise 24 reform proposals when the Dáil sits on 6 April 2016. These reforms include relaxing the party whip; extending Leaders’ Questions to provide additional time for Opposition leaders; the establishment of a Dáil Business Management Committee; and a new mechanism overseen by the Ceann Comhairle to continuously review necessary reforms. Putting in place such provisions may provide a basis for Fine Gael to command broader parliamentary support for a minority-led government.

It is not political parties alone, however, which have an interest in parliamentary reform. For the 2016 generation of first-time TDs – many of whom will be confined to the backbenches – a more influential parliament offers greater opportunities to have an impact on Dáil business.

The current political impasse in relation to forming a government presents opportunities for the Irish parliament to assert itself. In order to achieve ambitious parliamentary reform of the sort which rebalances the relationship with the executive, a range of forces need to coalesce. These include not just a cross-section of political parties, but a critical mass of TDs – and this is where first-time TDs can record an important early victory. For any reform process to be successful, TDs need to commit to its key principles and perhaps more importantly, its spirit and intent. It is TDs who must ensure that reforms are applied and respected, and not cynically manipulated to replicate the status quo.

New TDs, as opposed to their longer-serving colleagues, have a key role to play. Unhindered by practical experience of how it did work, first-time TDs are well placed to resist old habits and behaviours. The uncertainty created by the 2016 election outcome can be trumped by TDs and political parties committing to the creation of a stronger parliamentary institution. New TDs have a unique opportunity to drive such an initiative. If successful, they may be the first generation of TDs to work in a genuinely empowered Irish parliament.

Mary C. Murphy is a lecturer in politics at University College Cork. She is the author of At Home in the New House? A Study of Ireland’s First-Time TDs (Hansard Society, 2013).