The first women in the UK got the vote 100 years ago - but what about the preceding centuries? As the Vindication of the Rights of Woman was published in 1792, how were debates surrounding women’s suffrage being framed? And why did it take 86 years after the extension of male suffrage in 1832 for the franchise to be granted to just a small number of women? 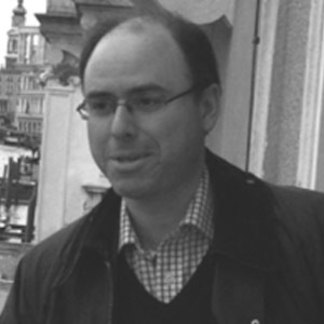 Dr Robin Eagles is Editor of the House of Lords (1660-1832) section at the History of Parliament Trust, currently working on the history of the Lords, 1715-1790. His publications include an edition of the diaries of 18th-century radical MP John Wilkes and numerous entries in the History of Parliament: the Lords 1660-1715 (CUP, 2016). You can follow the progress of the ‘Georgian Lords’ on Twitter, @GeorgianLords, and via the blog series.

On 21 March 1776 John Wilkes rose to his feet in the House of Commons to deliver one of his most famous speeches arguing for reform of the franchise. His complaint about the present state of affairs focused on two main points. First, that the chamber as then constituted had altered little since the 1680s and required the ‘disfranchising of the mean, venal, and dependent boroughs’. Second, and more radically, he argued that the franchise was no longer sufficiently representative and called for the vote to be awarded to a number of those currently not eligible:

“The meanest mechanic, the poorest peasant and day labourer, has important rights respecting his personal liberty, that of his wife and children, his property, however inconsiderable, his wages, earnings, the very price and value of each day’s hard labour, which are in many trades and manufactures regulated by the power of Parliament… Some share therefore in the power of making those laws… should be reserved even to this inferior, but most useful, set of men”

Historians have questioned the extent to which Wilkes was ever truly committed to the programme he laid out in his March address. Some have concluded that this was little more than grandstanding, while others have concluded more generously that the intention was genuine but that the times were against him as attention shifted to the developing crisis in America. Extending the franchise to women

If the times were indeed against him, Wilkes was not alone in advocating reform at this juncture. From the 1770s onwards a variety of programmes of reform were advocated by a range of voices, from the most radical like Major Cartwright to the more moderate like Christopher Wyvill. In 1780 the 3rd duke of Richmond (who was as his biographer Alison Olson expressed it, ‘at the far left of the spectrum’) proposed his own reform bill arguing for manhood suffrage. When William Pitt proposed a reform measure shortly after taking office as Prime Minister, though, he took a more moderate stance and concentrated on the disfranchisement of rotten or unrepresentative boroughs. This principle of redistribution remained a key feature of the reform agenda through to the Great Reform Act of 1832 and beyond.

One thing, though, is very clear. At no point did Wilkes, Richmond or Pitt advocate extending the franchise to women. In Wilkes’s case, this is perhaps noteworthy when one considers his very close and very respectful relationship with his daughter, Polly (the same cannot be said of his distant relationship with his estranged wife). Why did no one appear to advocate extending the franchise to women at this point? Might it be concluded that for as long as the franchise remained closely attached to a property qualification, even elite women might struggle to be considered worthy?

Daring to usurp a ‘man’s role’

Such a picture would seriously misrepresent the role of women in politics in the period. Propertied women (among them heiresses, dowagers and unmarried women with their own fortunes) did wield substantial influence in their own right. Historians have highlighted the lively involvement of characters such as Georgiana, duchess of Devonshire, and Lady Susan Keck, all of whom were actively engaged in electoral campaigning – though it is worth noting that in the case of the latter, as Professor Elaine Chalus has emphasized, she was as a result subjected to gendered abuse and dubbed ‘my Lord Sue’ for daring to usurp what was perceived to be a man’s role. This response is perhaps the more curious given that in Oxfordshire, where Lady Susan was active, there had been a long tradition of influential aristocratic women exerting their interest; and Lady Susan was far from the only one engaged in the 1754 election, when she was at her most active. In the previous century, Anne, dowager countess of Rochester (mother of the poet earl of Rochester and mother-in-law of his countess, Elizabeth, who was also a talented poet in her own right) had wielded interest both there and in Wiltshire, while her contemporary, Lady Lovelace was ‘very busy’ during the city elections for Oxford in 1681. Sarah, duchess of Marlborough, was similarly engaged both in Woodstock, where the Marlboroughs’ seat Blenheim was constructed, and in St Albans.

These aristocratic women were able to assert themselves by virtue of their high social status and undoubtedly had a significant role to play in securing the return of candidates in a variety of constituencies. Women from humbler backgrounds may have lacked this kind of interest, but by the end of the century one at least was calling into question the inequalities of the world.

In her Vindication of the Rights of Women (1792), Mary Wollstonecraft questioned directly the inequalities between men and women. Even so, she referred only very obliquely to the possibility of changing the nature of the franchise. Where she did was most apparent in her dedication to Talleyrand in which she quoted from his pamphlet on National Education:

“to see one half of the human race excluded by the other from all participation of government, was a public phenomenon that, according to abstract principles, it was impossible to explain.”

As Wollstonecraft argued, though, education was the key, and for as long as women’s education was inferior to that of men, they would remain in a subservient condition.

The combination of poorer educational expectations combined with the inability to exert equal control over property meant that throughout the 18th century there was never any real prospect of extending the franchise to women and this remained the case for as long as fundamental assumptions regarding ‘liberty and property’ and appropriate ‘spheres’ remained the norm. Besides, when reform finally became a reality, the cause of women’s suffrage proved to be just one among many. For those unsympathetic to extending the vote to people of both sexes they were able to point to other venues where women were gradually acquiring a greater say: in particular on local councils and educational boards. But, while prominent elite women continued to exert their influence much as their predecessors had done, from the mid-19th century onwards the picture was changing as increasing numbers of women of all backgrounds became politically active and a growing number began to demand to be enfranchised.

Banner image: A Vindication of the Rights of Woman title page from the first American edition