The Supreme Court’s 24 September nullification of the prorogation that had at that point been underway presented Parliament with a procedural and record-keeping problem. Here, the Clerks of the Journals in the two Houses explain how it was resolved. 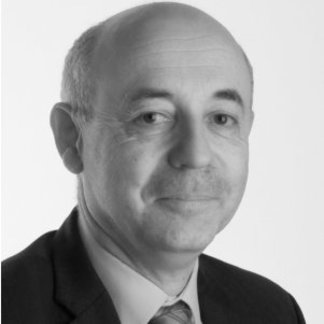 Clerk of the Journals, House of Commons 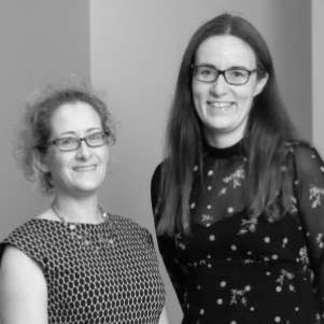 Clerks of the Journals, House of Lords

The Supreme Court’s decision on 24 September that Parliament had not been prorogued required some thought to be given to what, then, in procedural terms had occurred on the evening of Monday 9 September.

The legal position in the Supreme Court judgement

The Court decided that since the advice to prorogue Parliament was unlawful, the consequent Order in Council was unlawful and should be quashed, and the actual prorogation, as declared by the Lords Commissioners in the House of Lords on that evening, was itself “unlawful, null and of no effect” (paragraph 69).

The Court was able to make the final part of this determination because it had earlier satisfied itself that, although prorogation took place in the House of Lords, “it cannot sensibly be described as a ‘proceeding in Parliament’” (paragraph 68). This was because it was something done to, not by, Parliament. If the Court had concluded that prorogation was a proceeding in Parliament, it would have been barred from questioning or impeaching its legitimacy by Article 9 of the Bill of Rights.

Nullifying prorogation in the House of Lords

The effect of the Supreme Court’s decision was to make the prorogation activities which took place in the House of Lords on 9 September null and void.

The activities that were quashed included the Royal Assent of the Parliamentary Buildings (Restoration and Renewal) Bill, because the Queen had signified Royal Assent to that Bill in the same Letters Patent that commissioned Prorogation. On 25 September, the Lord Speaker informed the House of Lords that the Clerk of the Parliaments would therefore “delete the following items of business from the minutes of proceedings of 9 September: Royal Commission, Royal Assent, Queen’s Speech and Prorogation”.

Effects for the post-9 September status of the two Houses: suspended or adjourned?

If those items are deleted – if they in effect never happened – then the message from Black Rod that the Lords Commissioners requested the attendance of the Commons in the Lords and the consequent attendance could not be properly constituted proceedings of the House of Commons. The last proceeding in the Commons was therefore the suspension of the House which routinely occurs when a prorogation is expected.

Suspension is defined in Erskine May’s Parliamentary Practice as “a temporary break in a sitting … which ends with the resumption of the current sitting” (paragraph 17.15). It is thus not a state in which the Commons can continue to be for any prolonged period. Doorkeepers, attendants and others remain on duty, and access to the Chamber is restricted in the same way as during a sitting. When the House is suspended, the Mace remains on the Table as an indication of that fact.

But, after the suspension on 9 September, neither of these things happened:

Normally, the House of Commons can be adjourned only by the passing of a motion to that effect. It is the regular use of such a motion which permits the regular end-of-day ‘adjournment’ debate.

But the House can adjourn without a motion, as – for example – in cases of grave disorder under the provisions of Standing Order No. 46.

The House of Commons was not prorogued (the Supreme Court had determined that). It was not suspended (because suspensions cannot continue indefinitely, access to the Chamber was not restricted and the Mace was not on the Table). It could only be adjourned. That adjournment derived from the reality of the situation and the terms of the House’s own Standing Orders, which set and limit its sitting times.

In the Lords, the last business before the prorogation proceedings was the reception of a message from the Commons that they had agreed to amendments to the Parliamentary Buildings (Restoration and Renewal) Bill. As with the Commons, there had been no motion put to adjourn the House and therefore – with prorogation struck down – the House was in limbo.

In both Houses the respective Speaker instructed that their Houses be recorded as adjourned. These announcements did not cause the adjournments, but were intended to provide clarity and certainty as to Parliament’s interpretation of consequences of the Supreme Court’s decision. In particular, they set out the basis on which the calculations of certain statutory periods relating to secondary legislation and to treaties have been made.

But what of the record of what happened in both Houses? As noted above, what had occurred could not be considered to be properly constituted proceedings.

In the House of Commons, the decision was taken that they should not have been recorded in the Votes and Proceedings. For that reason the Speaker in his statement on 25 September instructed that they should be “expunged” – an old-fashioned but well-precedented term which conveys an appropriate and reassuring finality. If you look at the Votes and Proceedings of Monday 9 September on the Parliament website, you will see that they have been corrected in consequence of the Speaker’s statement. There is no record of the ‘prorogation’, just the statement that the House adjourned.

In the House of Lords, the Lord Speaker instructed that the ‘prorogation’ event recorded in the Minutes of Proceedings should be “disregarded”. The record of prorogation proceedings will remain in the Journals of the House but next to those entries will appear a correction reflecting the Lords Speaker’s statement. This should help future historians understand what actually happened.

But what about the other records of proceedings such as Hansard? The Hansards of the two Houses are not a procedural record of events, and all the proceedings of 9 September in both the Commons and the Lords are still recorded without comment. The Hansards of both Houses for 25 September start with the words of the two Speakers explaining the effect of the Supreme Court judgement.

Banner image: ‘Prorogation in the House of Lords’, by UK Parliament (CC BY-NC 2.0).