How did Ireland get to its 25 May ‘repeal the 8th’ constitutional referendum on abortion? The process has innovatively blended participatory, deliberative, representative and direct forms of democracy. 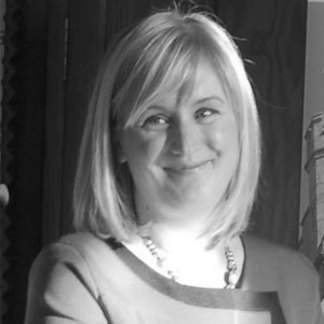 Dr Clodagh Harris is a Senior Lecturer in the Department of Government and Politics, University College Cork. Her research interests include deliberative and participatory democracy, democratic innovations, and citizen engagement. She has made expert contributions to deliberative processes on political reform nationally and internationally and was a member of the Irish Constitutional Convention’s Academic and Legal Advisory Group (2012-14)

On 25 May, the people of Ireland will go to the polls to vote in a constitutional referendum on whether or not to repeal the 8th amendment to the Irish Constitution. Inserted in 1983 following a referendum, this amendment (Art. 40.3.3) - which “… acknowledges the right to life of the unborn and, with due regard to the equal right to life of the mother, guarantees in its laws to respect, and as far as practicable, by its laws to defend and vindicate that right” - is the cornerstone of Ireland’s restrictive abortion laws and has proven hugely controversial.

The 25 May referendum is significant for a couple of reasons. Most importantly, it is the first time in a generation that Irish citizens will have the opportunity to vote on whether or not they wish to retain a constitutional provision that has had grave implications for women’s rights as recognised by international rights organisations.

Secondly, the political process that led to this national referendum has innovatively involved a complementary blend of participatory, deliberative, representative and direct forms of democracy.

This is the second time, almost in as many years, that a recommendation from a government-established deliberative mini-public has been put to the Irish people in a referendum. The first was in May 2015, when the constitutional referendum on Marriage Equality was successful. That was historic globally, as it was the first successful national referendum on the issue; and it was also the first time that a citizens’ assembly recommendation passed a national plebiscite.

“The political process that led to the 25 May referendum has involved a complementary blend of participatory, deliberative, representative and direct forms of democracy”

The 2015 referendum was in response to a recommendation from the Irish Constitutional Convention (2012-14), established by the then Irish government in response to calls for wider constitutional and political reform. The Convention included 66 randomly selected citizens (broadly reflective of wider Irish society in terms of sex, age, geography, education and socio-economic status), 33 political representatives (drawn from parties across the island of Ireland) and an independent chair. It was tasked with deliberating on a somewhat eclectic array of issues ranging from marriage equality to reducing the voting age and from electoral system reform to the removal of the offence of blasphemy from the Constitution. Described as a deliberative mini-public, its work included public submissions, brief accessible ‘expert’ presentations, ‘stake-holder’ panel discussions, personal testimonies and facilitated small group discussions. Its recommendations were determined by a majority of the votes of members present and voting.

One of its successes has been carving out a role for deliberative democratic innovations in the Irish political system, and its legacy is evident in the subsequent Irish Citizens’ Assembly (2016-18), the recommendations of which on the 8th amendment have led to the 25 May referendum.

Established by parliamentary resolution in July 2016, the Citizens’ Assembly comprised 99 citizens (recruited by a polling company using stratified random sampling across four targets, namely sex, age, geography and social class) and an independent chair. Notwithstanding some differences in terms of composition (the Assembly did not include political representatives), the Assembly modelled its work closely on that of the Convention. It too was asked to examine a diverse range of key issues, including abortion (the 8th amendment), climate change and fixed-term parliaments, to name but a few.

The 8th amendment was the first issue the Assembly discussed, and the one that occupied most of its time. Considering the pressure coming from international rights organisations (such as the UN Committee on the Elimination of Discrimination Against Women), national civil society organisations, a growing grass-roots movement for repeal and the political sensitivity of the issue, it was unsurprising that the Assembly was asked to report on it. The Assembly concluded that Art. 40.3.3 should be removed and replaced with a Constitutional provision explicitly authorising the Oireachtas (Irish Parliament) to address termination of pregnancy, any rights of the unborn and any rights of the pregnant woman. It also made recommendations on what should be included in this legislation.

The Assembly’s final report on the issue was, in accordance with the Assembly’s terms of reference, submitted to the Houses of the Oireachtas and referred for consideration to the Joint Oireachtas Committee on the 8th amendment. This Committee reviewed the Assembly’s recommendations and published its report at the end of 2017. It agreed with the Assembly’s findings that the 8th amendment needed to be removed. However, in recommending a ‘repeal simplicter’ (that is, a single repeal without the introduction of any replacement or amendment text), it differed from the Assembly. (Three members of the committee, all of whom oppose abortion, did not sign off on the report, as they did not agree with its findings, and instead published a minority report in which they criticised the work of the committee, its processes and focus.) The Joint Committee’s report was debated in the Houses of the Oireachtas in January 2018 and was followed shortly afterwards by the 8th amendment referendum bill, which reflects the Citizens’ Assembly proposal to repeal and replace the amendment.

In placing citizens at the heart of the decision-making process, deliberative mini-publics such as citizens’ assemblies have much to commend them, and recent decades have witnessed significant growth in their use worldwide.

Traditionally, their greatest challenge has been realising output legitimacy - that is, achieving impact in terms of contributing to wider public discourses, effecting policy and/or constitutional change, reforming political processes, etc. The Irish Assemblies have bucked this trend by showing that deliberative mini-publics can make a difference in terms of constitutional change and political processes (although, in the case of the Irish Convention, for example, a number of government commitments made in response to its reports have yet to be realised). The Irish examples also highlight how deliberative mini-publics can successfully complement representative and direct forms of democracy in ways that overcome the shortcomings of each model, although it would be incorrect to present them as a panacea for all that ails modern democracies. Finally, they prove that mini-publics can deliberate even on so-called emotive topics. It remains to be seen, however, whether they will become a more formal, regular feature of the Irish political institutional landscape.

The Health and Care Bill: Delegated Powers
Prev
Next