Disputed parliamentary election results – often taking months to resolve – were a frequent feature of English political culture before the reforms of the 19th century. But how could defeated candidates protest the result of an election, and how were such disputes resolved? 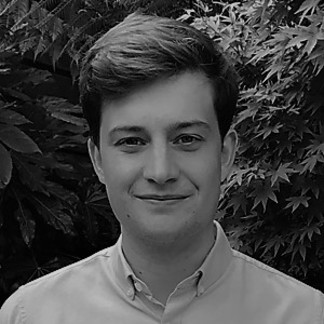 James Harris is a Research Associate at Newcastle University, and an Associate Fellow at the University of Liverpool. His doctoral research explored political and religious culture in Cornwall and south-west Wales during the later Stuart period. Currently, he is a postdoctoral researcher on the Eighteenth-Century Political Participation and Electoral Culture project (ECPPEC), exploring popular political participation in eighteenth-century elections.

As I write, Donald Trump still refuses to concede the result of the US presidential election. Although Democrat Joe Biden holds a comfortable lead - in both the electoral college and the popular vote – the Republican incumbent has repeatedly alleged voter fraud and launched legal action in several US states. Such a chaotic election may feel decidedly ‘2020’. But disputed (or, as historians term them, ‘controverted’) elections – settled over days, weeks and months through legal proceedings – were part and parcel of political life in 18th century England.

In some ways, of course, parliamentary elections in the 18th century were very different from today’s. Polling usually took place not on a single day, but over a week or more. Voting in the Westminster election of 1784 famously lasted for 40 days (putting into perspective the US controversy over how mailed-in ballots have prolonged the election). Before 1872, English electors could not cast their votes in secret, but had to attend the hustings and verbally state their vote. Nor did pre-Reform England enjoy universal enfranchisement. Rather, the right to vote could vary considerably from constituency to constituency, depending on factors including residency, the possession of property, membership of a corporate body, or admission as a freeman – not to mention the fact that voters were universally men.

Although the majority of elections went uncontested (that is, without opposition candidates running), when an opposition did materialise, the result was very likely to be disputed. Perhaps this is unsurprising, given the cost of running a campaign (expensive then, as now), as well as the reputational damage that defeat could cause. Professor Frank O’Gorman’s research has found that between 1715 and 1741 roughly 70% of contested election results were officially challenged. Between 1774 and 1831, it was still around 55%.

On what grounds were election results challenged?

Today, allegations of voter fraud hinge on everything from absentee ballots, to deceased voters, to controversy surrounding Sharpie pens. In 18th-century England, defeated candidates could challenge a result on similarly varied grounds. The bewildering array of franchises within constituencies (i.e. the rules which determined who had a legal right to vote) were a fertile source of contention. A frequent complaint was that the returning officer (who presided over the poll and ensured its validity) had been partial in favour of the victorious candidates – for example, he may have been accused of admitting unqualified voters, or pre-emptively closing the poll before all of the electors had been polled. Other common complaints rested on the conduct of the election process: allegations of bribery and corruption were rife (not without reason), and elections were occasionally the sites of full-scale riots.

How were votes challenged during the poll?

An 18th-century election could be disputed at several points in the electoral process. During the course of the public polling a particular individual’s right to vote could be challenged by the agents of any candidate, with the exact process varying from place to place. In 1768, more than half of the voters in Northampton were required to present witnesses (local men and women) at the hustings to prove their right to vote. Other constituencies dealt with disputed voters following the conclusion of the poll, as in the 1784 Bedfordshire election. As electioneering become more professionalised over the course of the century, candidates increasingly employed counsel to appear on their behalf at the hustings in order to raise objections against voters.

How was an election result challenged?

After a result had been declared, the defeated candidate could immediately demand a ‘scrutiny’ to challenge the legitimacy of the outcome and ‘scrutinise’ the credentials of voters – although these requests were often denied. The practicalities of examining hundreds or even thousands of individual votes before the commencement of the new parliament made scrutinies highly ineffective, and they rarely unseated successful candidates. In the Westminster election of 1784, Charles James Fox was accused of ‘polling all the Roman Catholic hairdressers, cooks, &c.’, and the defeated candidate swiftly demanded a scrutiny. With the returning officer refusing to declare a legitimate victor until he had completed the tortuous process of examining all of Westminster’s c.12,000 voters, the constituency was left unrepresented for more than eight months.

Petitioning the House of Commons

While Republicans in 2020 may hope to rely on the Supreme Court to secure victory, in 18th-century England the ultimate arbitrator of disputed elections was the House of Commons. Each new parliament was accompanied by a flurry of petitions, by far the most common way in which defeated candidates challenged election results. In 1705, 31 petitions were lodged and read at the bar of the House; this rose to a high point of 99 in 1722, before falling away. Although some petitions were heard at the bar, most were referred to the Committee of Privileges and Elections (which was essentially a ‘Committee of the Whole’).

The Committee ostensibly determined petitions on their merits, but its membership reflected the wider balance of power between government and opposition in the House, and it was used for political purposes by the largest party to unseat opposition MPs and elect supporters. As early as 1702 it was described as ‘the most corrupt council in Christendom’. Between 1715 and 1754, 70% of petitions from candidates supportive of the opposition were simply never heard.

It was under the Whig Sir Robert Walpole (often regarded as Britain’s first Prime Minister) that the Committee was used most flagrantly for partisan ends: it was claimed that Walpole could ‘by the very nod of his head’ carry decisions on controverted elections. It was partly this manipulation of the Committee which provoked the downturn in the number of election petitions following the 1727 election, as Tories increasingly viewed the whole process as futile.

Nonetheless, maintaining control of the Committee required careful management. Members were pressured into attending votes by party leaders (or risk being labelled a ‘slinker’), and heated debates could carry on into the small hours of the morning. A particularly fiery exchange over the Cambridgeshire election of 1698 resulted in two MPs from rival parties duelling in St. James’s Square at night – one combatant wounded the other, broke his sword, and promptly returned to the Committee.

In order to maintain control, it was important for the largest party to secure the Chairmanship of the Committee. When the opposition successfully secured the post in 1741, the Members began to cry ‘Huzza!’ and ‘Victory’ – a chant which was heard and repeated by the crowd in the lobby, and subsequently by ‘those in the Court of Requests, the coffee houses and the streets’ (reminiscent, perhaps, of 21st-century citizens chanting ‘Stop the Vote!’ outside voting centres).

Attempts to reform the petitioning process made some progress in 1770, when the Parliamentary Elections Act (10 Geo. III c. 16) – known as the Grenville Act – determined that petitions would be heard before an impartial Select Committee of 15 Members. These committees were responsible for determining complex legal questions relating to election disputes: depending on the allegations, they would preside over the examination and cross-examination of witnesses to bribery or voter fraud, or assess each individual vote challenged by the defeated candidate. This was, however, a slow and expensive process, which many unsuccessful candidates decided not to pursue.

Controverted elections and the ‘people’

Although the majority of the population were disenfranchised, they could nevertheless find ways to participate in the process of disputing election results. Witnesses travelled to London to present their evidence to Parliament (often at considerable expense to candidates), and records of their testimonies provide a fascinating insight into the role played by figures who are frequently absent from the historical record (often women). These witnesses could use their testimonies as an opportunity to air local grievances, and provided a crucial link between parliamentary and local political cultures.

Outside of the courtroom, a swathe of popular printed texts shared the latest developments from election disputes with the wider public (just as modern controversies are perpetuated by social media). An attentiveness to this wider context of popular political participation can allow us to put the ‘people’ back into politics.

The complex and multifaceted process of challenging election results in the eighteenth century therefore encourages historians to extend the timeframe of ‘an election’ – which began long before the first vote was cast, and was rarely decided when the poll closed. It also makes us extend our understanding of the social depth of elections.

A new project based at Newcastle University in collaboration with the University of Liverpool, Eighteenth-Century Political Participation and Electoral Culture (@ECPPEC_Project), is currently exploring how people participated in the political process, both with and without the vote. Our hope is that this research will continue to shed new light on the vibrant and fascinating history of the electoral disputes of the past, as we continue to encounter unnervingly similar issues in present-day politics.

Image Courtesy: Covent Garden Market, Westminster election, 1 July 1808, designed and etched by Thomas Rowlandson and Auguste Charles Pugin. This print records temporary wooden stands erected outside St. Paul’s Church in Covent Garden Market to allow politicians running for Parliament in the Westminster election to address voters. On this occasion a large crowd has gathered, carrying banners and spilling out into the square, with some figures perched on a roof at right to listen to a speaker. (Source: The Metropolitan Museum of Art. Creative Commons CCO 1.0 Universal (CC0 1.0) Public Domain Dedication)