Following the controversy surrounding the breaking of the Philip Green court injunction, has the time come for new restrictions on the use of parliamentary privilege, as previously suggested by a Joint Committee of both Houses of Parliament? Former Clerk of the Parliaments Sir David Beamish outlines the legal and procedural issues that inform the debate. 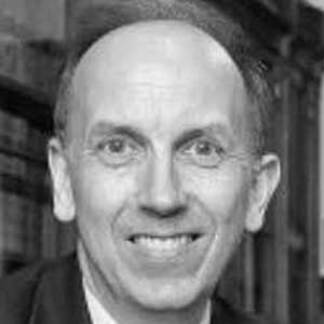 David served as the Clerk of the Parliaments, the most senior official in the House of Lords, between 2011 and 2017. His career in the House included stints as Clerk of the Journals, Clerk of Committees and Clerk of the Overseas Office. For several years, on secondment to the Cabinet Office, he served as Private Secretary to the Leader of the House of Lords and Government Chief Whip. Following his retirement, he was appointed as an honorary Senior Research Associate of the Constitution Unit at UCL. He is also a member of the Southwark Diocesan Synod and secretary of the Dulwich Deanery Synod. In 1988 he was the winner of BBC Mastermind; the life and career of Nancy Astor was his specialist subject.

On 24 October 2018 the lead story in the Daily Telegraph was “The British #MeToo scandal which cannot be revealed”. It reported that on 23 October the Court of Appeal had granted an interim injunction, pending the trial of the case, preventing the Daily Telegraph from “revealing alleged sexual harassment and racial abuse of staff” by a “leading businessman” who could not be named.

The following day, 25 October, Lord Hain, a Labour peer and former cabinet minister, stated in the House of Lords: “My Lords, having been contacted by someone intimately involved in the case of a powerful businessman using non-disclosure agreements and substantial payments to conceal the truth about serious and repeated sexual harassment, racist abuse and bullying which is compulsively continuing, I feel that it is my duty under parliamentary privilege to name Philip Green as the individual in question, given that the media have been subject to an injunction preventing publication of the full details of a story which is clearly in the public interest.”

The naming of Sir Philip Green – though not the details of the allegations against him – promptly became the lead story for most newspapers and broadcast media.

This was a stark – and happily rare – instance of a clash between the laws governing injunctions and the reporting of parliamentary proceedings. This blog post examines the background to the case.

Freedom of speech in Parliament

The Bill of Rights of 1688 effectively set out the main terms on which William and Mary assumed the English Crown following the flight of James II. It included the following provision:

That the Freedome of Speech and Debates or Proceedings in Parlyament ought not to be impeached or questioned in any Court or Place out of Parlyament.

To this day, that provision has remained a cherished cornerstone of the constitutional role of the two Houses of Parliament. In 2002 it was the subject of a challenge in the European Court of Human Rights in the case of A. -v.- the United Kingdom. The applicant had been described by her Member of Parliament in the House of Commons as the “neighbour from hell”. Her case was that the absolute parliamentary immunity which prevented her from taking legal action in respect of statements made about her in Parliament violated her right of access to a court under Article 6 of the European Convention on Human Rights and her right to privacy under Article 8. The Court, by a majority of six to one, dismissed the claim, and the unfettered freedom of expression of parliamentarians was preserved.

By contrast, the right to report parliamentary proceedings is not absolute. It is governed by the Parliamentary Papers Act 1840. Under that Act, it is a defence in any proceedings (civil or criminal) arising from the publication of a report of parliamentary proceedings that the report was “published bona fide and without malice”. So a newspaper which persuaded a Member of either House to breach an injunction in order that it could publish the words spoken would find it hard to demonstrate that it had acted “bona fide”.

In 2011, against a background of several then-recent instances of “super-injunctions”, where court orders prevented publication of the names of those concerned, and even the existence of the injunctions, John Hemming MP used parliamentary privilege to name those concerned in three cases. (In one of the cases, involving the footballer Ryan Giggs, the name had already been published in a Scottish newspaper, as the injunction extended only to England and Wales.) Those revelations were one of the issues leading to the appointment in July 2011 of a Joint Committee (13 MPs, 12 peers and a bishop) on Privacy and Injunctions. The Committee’s report, published in March 2012, included a chapter on parliamentary privilege, which contained these conclusions:

Those conclusions were reached against the background of a well-understood, if sometimes imprecise, tradition that Parliament and the courts each respect, and avoid as far as possible interference with, the role of the other. The sub judice rule, strictly limiting discussion in Parliament of cases before the courts, is the main restriction adopted by the two Houses. In turn, the courts recognise a doctrine of exclusive cognisance whereby Parliament has sole jurisdiction over all matters subject to parliamentary privilege. Thus it is important for Parliament to exercise that privilege responsibly – indeed, if it regularly failed to do so then it cannot be assumed that a future case before the European Court of Human Rights would have the same outcome as A. -v.- the United Kingdom.

The case before the Court of Appeal

The Court of Appeal granted an interim injunction against the Daily Telegraph because the allegations which the newspaper wished to publish were the subject of non-disclosure agreements with those concerned. The Court’s judgment – necessarily published in abridged form without the names of those involved – considered carefully the arguments against non-disclosure agreements, and in doing so took careful note of the report on sexual harassment in the workplace produced by the House of Commons Women and Equalities Committee in July 2018. The Court concluded that the claimants (now known to be Sir Philip Green and companies with which he has been associated) had sufficient chance of success to warrant the issue of an interim injunction pending the trial, but also noted (in paragraph 68): “We appreciate that any delay in the publication of matters of public interest is undesirable. That can be met to some extent, in the present case, by ordering a speedy trial.”

While Lord Hain’s revelation has provided the press and broadcasters with a rich source of material for their news coverage, his action has also attracted strong criticism, notably from past and present members of the legal profession. On 29 October the Lord Speaker, Lord Fowler, made the following written statement:

A robust and healthy democracy such as ours rests upon a number of common and shared features. Two of the most important are the freedom for members of the legislature to speak freely, without repercussion and respect by the legislature for the independence of the courts and the rule of law. As we know, this is not the case everywhere in the world. The relationship between these two should not be one of conflict but one of mutual respect. As parliamentarians we should be keen to respect the proper business of the courts, just as we expect the courts to respect the authority of Parliament. In particular, we should be careful that in exercising our undoubted right to free speech in Parliament we do not set ourselves in conflict with the courts or seek to supplant them.

It can be seen from the conclusion in paragraph 219 of the report of the Joint Committee on Privacy and Injunctions that Lord Hain’s claim that it was his “duty under parliamentary privilege to name Philip Green as the individual in question” is hard to sustain, the more so as subsequent remarks that he made indicate that he had not studied the Court of Appeal judgment. Moreover, in contrast to previous disclosures in Parliament, made in the context of the business before the House, Lord Hain simply rose to speak at the end of an unrelated debate – preventing the clerk from calling on the next item of business – and was therefore quite out of order.

It will be for the two Houses to consider, through the appropriate committees, whether the time has now come for the implementation of “new restrictions” of the kind referred to in paragraph 231 of the report of the Joint Committee on Privacy and Injunctions.