In 2018, Jersey saw the launch and then abandonment of what could have been a unique official attempt to define formally the role of the jurisdiction’s parliamentarians. 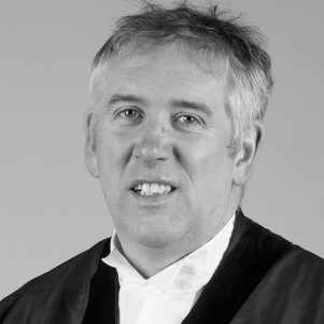 Greffier of the States of Jersey

Mark Egan has been Greffier of the States of Jersey – the Island’s senior parliamentary officer – since 2015. Before that he worked for the House of Commons.

In March 2018 a motion to agree on the duties of members of Jersey’s legislature, the States Assembly, was published by the Assembly’s Privileges and Procedures Committee.

Those duties were to:

These duties were set out in response to a recommendation of the inquiry into historic child abuse in Jersey, which reported in July 2017. It had concluded that there had been a failure in the corporate parenting of looked-after children by the States of Jersey (a term which encompasses both the government and legislature in Jersey) and that States members’ duties as corporate parents ought to be reflected in their oath of office. “The symbolism of this would”, the report said, “be a very powerful demonstration of the commitment to move on from the failures of the past”.

However, the report accompanying the members’ duties motion (or ‘proposition’ as they are described in Jersey) set out some of the difficulties with implementing that recommendation:

Given this, and given the difficulties of incorporating language about corporate parenting into the relevant oaths, the Privileges and Procedure Committee therefore agreed that a simpler way of meeting the spirit of the Care Inquiry’s recommendation would be to set out the duties of States members in a draft proposition and to invite the Assembly to debate and agree those duties.

The list of duties was prepared with an eye to similar attempts to define parliamentarians’ responsibilities in other jurisdictions, particularly in the UK, Australia and New Zealand. The proposition expressed the hope that having a published set of responsibilities would help the public understand what States members do and increase accountability.

Jersey’s general election took place in June 2018 and the newly-appointed Privileges and Procedures Committee withdrew the proposition in September 2018, before it was debated.

No reason was given for this decision, but the absence of other examples of legislatures agreeing on a job description for parliamentarians, acknowledged in the report accompanying the proposition, may well have been decisive.

Jersey’s incoming Council of Ministers established a children’s pledge for States members to sign, and this is now being seen as a way of implementing the Care Inquiry recommendation.

This episode demonstrates the continuing difficulty of achieving formal agreement on the roles and responsibilities of parliamentarians.

Although each of the duties in the list set out in the proposition captures an aspect of a parliamentarian’s role, there are concerns that giving formal status to the full list might constrain parliamentarians from undertaking the role as they see fit.

Another issue, particularly salient in Jersey where the support provided to parliamentarians is very limited, is whether Members can reasonably discharge all of these duties.

However, it is unlikely that this issue will go away, either in Jersey or elsewhere, and when the matter next arises there is at least a draft proposition which can be taken down from the shelf and considered afresh.