Labour got the most mentions, but how many of those were positive? And UKIP were ahead of the Conservatives on tweets but it didn’t turn into seats. Social media rumbled on throughout the campaign, largely an echo chamber, not a place for debate. 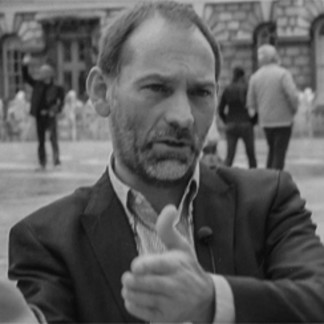 There were clear traffic peaks and an expected build as polling day approached. However, the peaks were more likely to be milestone moments – leaders’ debates, dissolution of the house and manifesto launches - and it was really only the row over ‘non-dom’ status that interested social media early on, before the frenzy of the last few days. Cameron might have stood out in terms of mentions for leaders, but again it’s difficult to tell how many of these were positive or negative without deeper analysis. Harder still to work out what if any impact these were having on the hearts and minds of voters.

Social media didn’t make this election but neither was it a passive bystander. The increasingly normative nature of social tools means that it is a natural outlet for expression. One of many perhaps, but a visible and often more public one. According to Demos, the #GE2015 hashtag was mentioned over 265,000 times by 9pm on polling day. It also looks from the Demos data that the tweeters were disproportionately men (59%, to 40% women).

There were no really catastrophic social media moments, nothing more than the occasional rogue Ukipper: perhaps the image of Emily Thornberry’s ‘White van in Rochester’ was still too fresh in politicians’ minds? There were a few obvious fails though, perhaps the best being the Conservative’s pre-programmed “strong and commanding performance” message from the leaders’ Question Time programme. This was parroted out to the world almost verbatim by a sorry troupe of Tories who clearly didn’t know how social media worked. They weren’t unique, the two big parties and most candidates used social media as a battering ram of pre-prepared pronouncements, videos - which they vainly hoped would somehow go viral; they didn’t - and a range of choreographed attacks on the opposition. Though there was the odd gem, take the UKIP supporter who used Twitter to hark back to the glory days of ‘old England’ after watching Lord of the Rings. Do you want to tell him, or should I? And of course we got #Millifandom, though it wasn’t enough to change the result, and the #Cameronettes, which turned out to have been staged. More depressing and perhaps more predictable, Millicent Scott, the LibDem candidate for Hammersmith, tried to engage voters but what she found was a small group of vocal trolls who “were just interested in bullying me and it was unpleasant, unnecessary and unappreciated”.

The internet did come into play in a wider sense. Activist groups such as Bite the Ballot did a fantastic job of getting people enrolled to vote, particularly on the back of a far too recent change to individual voter registration that threatened to keep many young people off the electoral roll. Getting over 450,000 people registered online on the very last day was a great success too - in previous elections almost all of those people would have missed out. We also saw a plethora of vote matching websites spring up, some independent and some aligned to media outlets. Overall, these sites are a great way to educate people about different parties and what they stand for but caution is needed. One seemed determined to tell us to vote Green regardless of what we put in and the Daily Telegraph’s ‘Tactical voting guide’ turned out to have been programmed never to tell you to vote SNP, even when they were the only other party who could win the seat. What this highlights for me is that the use of the internet in elections is still relatively new, unregulated and too uncritically accepted. In future we should only promote and trust voter engagement tools that commit to code transparency and to being fully auditable.

So this wasn’t an internet election in the sense that the internet didn’t change the outcome. But perhaps it was a digital election since the tools behind the scenes changed the campaign. A lot of the support in the real campaigns going on at constituency level were digital-led. Variations on the NationBuilder platform used by most parties and the Conservative’s in-house Merlin system made a difference. In fact you could argue that it was Merlin ‘wot won it’ for the Conservatives, or at least the way it was used (since digital is only a tool). That might be a bit strong but it certainly had an impact. Their hyper-focus on the marginal voters in the marginal seats was a classic adoption of US campaigning techniques. Although what you can do in the UK is more limited because of privacy laws, the Tories seem to have benefitted in part by focussing on people not profiles, on individual voters not demographics.