The first use of the Recall of MPs Act 2015 proved a damp squib, with not enough local electors signing the petition to trigger a by-election. This outcome reflected a mixture of challenging local factors in North Antrim and some broader shortcomings that might generate changes for any future use of the Act. 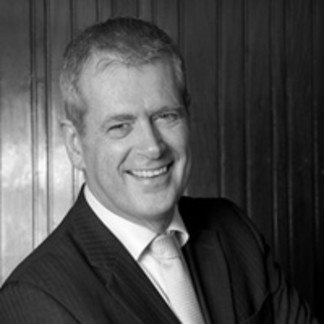 Professor of Politics, University of Liverpool

Jonathan Tonge is Professor of Politics at the University of Liverpool. He has authored and edited numerous books on UK political parties, elections, and the politics of Northern Ireland, has co-edited Parliamentary Affairs since 2012, and is a former Chair of the Political Studies Association.

The Recall of MPs Act 2015 allows the removal of an MP by the public outside the previously established processes that trigger a by-election or general election.

The Act permits a petition of recall to be opened if the MP:

If the petition to unseat attracts signatures from at least 10% of the MP’s constituents, a by-election is called. The unseated MP is allowed to take part.

July 2018 saw the Act’s first deployment. The DUP MP for North Antrim, Ian Paisley, was barred from the House of Commons for 30 days for not declaring holidays in Sri Lanka and making representations on behalf of the Sri Lankan government which the House of Commons Standards Committee deemed “paid advocacy”.

However, the first outworking of the 2015 Act proved a damp squib. After the petition was open for the required six weeks, only 9.4% of the local electorate signed, and Paisley resumed his position in the Commons in late November 2018 once his suspension expired.

The Recall of MPs Act 2015 and its first use

The origins of the Recall of MPs Act lie in the parliamentary expenses scandal which emerged in 2009. Survey evidence cited by the-then House of Commons Political and Constitutional Reform Committee suggested that 79% of the public viewed the right of recall as a ‘good idea’, and the legislation attracted cross-party support. Recall powers were confined to the most serious cases of impropriety to reassure those MPs worried about the potential for abuse of the powers by politically-motivated constituents.

Paisley’s suspension fell within the terms of the 2015 Act, so the recall petition was triggered by the Commons Speaker, who informed the Chief Electoral Officer (CEO) for Northern Ireland of the decision. The CEO was obliged to set up a petition within ten working days and specify the six-week period within which the petition could be signed. All electors in the North Antrim constituency were notified of the petition on 6-7 August 2018 and the petition opened for signing on 8 August.

With the constituency electorate numbering 75,430, the 10% requirement equated to 7,543 signatures needed to trigger a by-election; but 7,099 were received - 444 short. Insufficient signatures meant that Paisley returned as an MP after his suspension. His Twitter account boasted: “highest recorded vote in NI, 90.6% support from recall petition”.

Whilst 90.6% failing to sign the petition might be regarded as apathy, not adulation, the incumbent was held in sufficient local regard for North Antrim to become the by-election that never was.

In North Antrim, affection towards the Paisley brand name remained considerable. Since Ian Paisley Snr captured the seat in 1970, the Paisley majority had never fallen below five figures. Paisley Jnr’s 20,643 majority in the 2017 general election was achieved with 59% of the vote. In a sectarian polity, North Antrim is the second-most-Unionist constituency in Northern Ireland: 66% Protestant, with a 73% Unionist vote in 2017. Nonetheless, there were potentially sufficient Paisley opponents to trigger a by-election - there was a 22% nationalist vote in 2017.

Governance of the petition period

During the six-week signing period, there were tight restrictions prohibiting news on who had signed the petition, or how it was proceeding. Yet the law is unclear on this front, with the 2015 Act not saying a great deal. In its report on the North Antrim petition exercise, the Electoral Commission acknowledged that the restrictions “caused concern and confusion among campaigners, the media and the public … it would be beneficial if more clarity and guidance on this provision was put in place ahead of any future recall provisions”.

The 2015 Act allows for campaigning on the petition. Individuals, political parties or businesses can register as campaigners by notifying the Petition Officer (the Returning Officer in the constituency). They do not need to be registered in the petitioning constituency. However, the secrecy requirements mean that campaigning is restricted. The Electoral Commission concluded “there may have not been a strong awareness amongst electors of the recall petition throughout the whole six-week period”.

Three leisure centres were used as petition stations – although the legislation permitted the opening of a further seven stations; 53 polling stations were available for the 2017 general election; and, given Northern Ireland’s sensitive sectarian geography, there appeared to be a case for maximising the number of petition stations.

Two of the petition station sites, Ballymena and Ballymoney, are largely Unionist towns. The third, Ballycastle, is 77% Catholic but tiny and remote.

The siting of stations mattered because it might necessitate travel to an unfamiliar location for an obvious political purpose. In contrast to entering a polling station in a general election, entering a petition station was a politically identifying action: all present knew that the entrant had arrived to unseat the MP.

That said, postal signing of the petition was available to anyone on request. This was a change from normal practice in Northern Ireland for elections, when - given a troubled history of electoral fraud - postal votes on demand are not normally available.

For the petition, 3,233 postal ‘votes’ were issued for those wishing to sign the petition that way, but 1,000 were not returned. This 31% non-return rate contrasted with the 2017 general election, when only 9.9% of postal votes issued did not come back. However, the number of postal petition ‘votes’ issued was nearly three times the number of postal votes issued in the 2017 election (1,163). This might suggest some voter reluctance to travel to petition, although the easier availability of the postal method is presumably also part of the explanation.

First use of the 2015 Act: assessment

The Recall of MPs Act 2015 seems to offer an appropriate balance between electors and elected.

The Act awards electors significant powers in the event of serious misdemeanours by their elected representative, but it does so not to usurp a democratic election result but rather to give electors the chance to reflect upon the conduct of their MP following proven misconduct.

Electors have the opportunity to force a new election, but they can eschew the opportunity. Equally, if electors take up the opportunity, the unseated MP is afforded the chance to defend his or her overall record in a by-election.

However, the 2018 North Antrim petitioning exercise was a tough opening test for the Act, given sectarian divisions and personal loyalties to the incumbent MP.

The Electoral Commission has concluded that there was “no evidence that an increased number of signing places would have contributed to a different result at the end of the recall petition”. However, there was no clinching evidence either way. Greater generosity of provision might have made a difference – in an election, one might assume that locating polling stations 21 miles apart, in the way that petition stations were set up, would have an adverse impact upon turnout. As such, using the permitted maximum of ten petition stations might have been logical. If the Recall Act is to have teeth, it also needs presence.

This post is an abridged version of a recent article in The Political Quarterly.