The prospective post-Brexit implementation / transition period will require amendments to the European Union (Withdrawal) Bill. Some can be made by the promised Withdrawal Agreement and Implementation Bill, but some could be made before the EU (Withdrawal) Bill is passed. This blogpost by Swee Leng Harris summarises her new briefing paper. 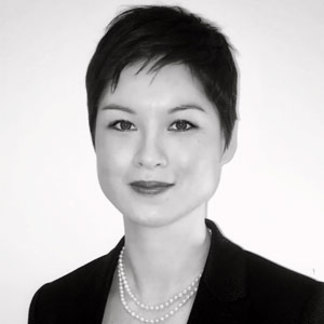 Head of Policy and Public Affairs, The Legal Education Foundation

Swee Leng Harris is the Head of Policy and Public Affairs at The Legal Education Foundation, and a member of the Bingham Centre’s Expert Working Group on the EU (Withdrawal) Bill and the Rule of Law.

The views expressed in this publication are those of the author alone. The Hansard Society provides a non-partisan forum for the exchange of ideas and, in publishing this post, aims to contribute to public knowledge and debate. The author of this publication is Swee Leng Harris and it has been produced in her personal capacity.

The rule of law would be served by greater clarity and certainty on the next steps of legislating for Brexit. Questions are mounting about how the UK will provide for a post-Brexit implementation / transition period in UK law and what the implications of such a period will be for the European Union (Withdrawal) Bill.

The current lack of clarity on the process of legislating for Brexit means that individuals and businesses in the UK do not know what to expect from the EU Withdrawal Bill, WAI Bill, or other Brexit legislation. How can individuals and business in the UK know whether to comply with the EU Withdrawal Act and regulations made under it if they are also told that it will soon be amended by the WAI Bill?

What the WAI Bill needs to do, and how the EU (Withdrawal) Bill needs to be amended, to provide for the implementation / transition period are explored in more detail in a new briefing paper.

In brief, the EU (Withdrawal) Bill will:

In order for the implementation / transition period to proceed with a continuation of the status quo, the EU Withdrawal Bill must be amended. These amendments would change the ‘when’ of the EU Withdrawal Bill, but not its ‘how’ or ‘what’, in terms of retaining and correcting EU law in UK law.

According to the draft UK-EU Withdrawal Agreement, the UK and EU have agreed that ‘Union law shall be applicable to and in the United Kingdom during the transition period’ with certain specified exceptions.

The WAI Bill could replicate the effect of the European Communities Act 1972 (ECA) so that the WAI Bill becomes the legal vehicle through which EU law applies in the UK. Since EU law will develop and change during implementation / transition, the WAI Bill will need to enable those changes in EU law to be reflected in the UK.

‘Exit day’ serves multiple functions in the EU Withdrawal Bill, and needs to be split into at least two if not more different points in time. Presently, ‘exit day’ is:

Rather than referring to all of these points in time as ‘exit day’, the EU Withdrawal Bill needs to be amended to identify and distinguish between different points in time, including:

The EU Withdrawal Bill gives delegated legislative powers to ministers under clause 7 to modify retained EU law by delegated legislation to ‘correct’ retained EU law to address a failure of law to operate effectively arising from the withdrawal of the United Kingdom from the EU. However, when will there be sufficient certainty about the consequences of the UK’s withdrawal from the EU for this power to be exercised properly? Clause 7 is due to come into force on the day the Withdrawal Act is passed. Yet, the Government has agreed with the EU that it wants an implementation / transition period that reflects the status quo, and indicated that there are areas where the UK may seek ongoing cooperation and perhaps alignment with the EU after that.

How will the Government know which aspects of retained EU law need to be changed using clause 7 before, at a minimum, a high-level agreement on the UK and EU’s future relationship has been reached? How can Parliament scrutinise regulations under clause 7 without certainty on the areas where there will definitely be divergence between the UK and EU, and the areas where there might be ongoing cooperation and perhaps alignment?

Rather than increasing legal certainty for business and individuals in the UK about what the law will be in the UK post-exit, premature regulations under clause 7 would create uncertainty as to the UK’s capacity to cooperate with the EU or retain alignment with EU laws if agreed in negotiations. Accordingly, the delegated legislative power in clause 7 should be amended so that it is subject to Parliament’s approval of the future EU-UK relationship. Relatedly, delegated legislation under clause 7 should not come into force until the UK is no longer a member of the EU at the earliest, or in many cases at the end of the implementation/transition period.

The views expressed in this blogpost and associated briefing paper are those of the author alone. The Hansard Society provides a non-partisan forum for the exchange of ideas and, in publishing this content, aims to contribute to public knowledge and debate.

Legislating for transition / implementation: implications for the EU (Withdrawal) Bill