On 8 April, responsibility for the Palace of Westminster Restoration and Renewal (R&R) Programme transfers from the parliamentary authorities to independent governance bodies. This should usher in a new era for the project, but it has been accompanied by persistent rumours that the refurbishment will be downgraded to a short-term programme of minor repairs. 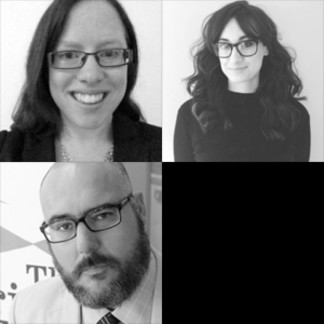 Sir Bernard Crick Centre for the Public Understanding of Politics, University of Sheffield

Alexandra Meakin is a Research Associate at the Sir Bernard Crick Centre for the Public Understanding of Politics at the University of Sheffield, and a former Committee Specialist on the House of Commons Public Administration and Transport Committees. Her doctoral research was on the Restoration and Renewal of the Palace of Westminster and parliamentary governance.

Professor Flinders is Professor of Politics and Founding Director of the Sir Bernard Crick Centre for the Public Understanding of Politics. He is also President of the Political Studies Association of the UK and a board member of the Academy of Social Sciences.

The Restoration and Renewal (R&R) of the Palace of Westminster has entered a new phase of its long development. The Parliamentary Works Sponsor Body and Delivery Authority, which were established by the Parliamentary Buildings (Restoration and Renewal) Act 2019, become substantive bodies on 8 April, six months after the Act received Royal Assent, having operated previously in shadow form. (The Royal Assent in question is the second, the first having been quashed by the Supreme Court’s voiding of the first prorogation of Parliament in 2019.)

The Sponsor Body is the ‘client’ for R&R, establishing the Delivery Authority as a limited company to formulate and then deliver the much-needed repairs. A third body, the Parliamentary Works Estimates Commission, will review the planned expenditure and lay the estimates for approval by MPs.

This structure has been designed to ensure the independence of the Sponsor Body, but it will be accountable to Parliament through its parliamentary members, who were appointed by each House in late March, before the Easter recess. These members are:

Notably, only one MP on the Sponsor Body voted for Parliament’s full decant from the Palace of Westminster when the issue was put to the Commons in 2018, with the other three voting against. In contrast, a majority of the MPs on the Shadow Sponsor Body prior to the December 2019 general election voted for full decant. The difference can be found among the Conservative members: Sir Patrick McLoughlin, a strong advocate for R&R, stepped down as an MP at the election. The choice of his replacement fell to the government.

The 2019 general election: a turning point away from political support for Restoration and Renewal?

The general election appears to have been a significant turning point in political support for R&R. As well as Sir Patrick, another key parliamentary ally, Sir David Lidington, retired from the Commons. In addition, the new Conservative majority is likely to have altered the balance of support around the future of the Palace among MPs. There was a clear party-political divide when MPs voted on R&R in 2018 (in a free vote): of the MPs who voted, over two-thirds of Conservative MPs voted ‘No’ to full decant, while 94% of Labour MPs voted ‘Yes’. The opposition is even stronger among members of the current Cabinet, where only two members voted for R&R, with seven not voting and 15 (including the Prime Minister) voting against. The current Leader of the House of Commons, Jacob Rees-Mogg, not only voted against but renounced his previous support for full decant.

Media reports in March 2020 suggested that Mr Rees-Mogg, alongside the Chief Whip, Mark Spencer, and the new Commons Speaker, Sir Lindsay Hoyle, are seeking a reassessment of R&R. The full decant plan is said to be being downgraded to a ‘quick fix’: a one-year programme of minor repairs to the Commons, with a budget of £100 million, a tiny fraction of the cost of the R&R programme as a whole (estimated in 2014 to be around £3.8 billion).

This is concerning: the substantive repairs are needed to avoid future “catastrophic failure” and the destruction of a Grade I listed building. Have the lessons learned from the fire of Notre Dame already been forgotten?

The Covid-19 crisis: game-changer and ‘window of opportunity’?

As was noted on this blog at the time, the passage of the R&R governance legislation had been remarkably smooth, indicating not only cross-party support for the project, but also tacit government approval. This support has been tacit for the simple reason that spending huge amounts of public money on the Palace of Westminster is never going to be a vote-winner. The ‘long view’ of repairs to the building is one defined by failure, fiasco and subsequent fault-finding, as MPs have sought to distance themselves from responsibility. With this in mind, it is critical to consider the implications of the current Covid-19 crisis for R&R.

Getting politicians to engage with the R&R project – let alone publicly commit to it – has been a difficult and faltering process that has only really gained traction on the basis that potentially calamitous events could occur. But, now, the crisis in the physical fabric of the building must somehow compete for the attention of politicians, and to some extent the public, within a context defined by the existence of a global pandemic that has led to rapid changes in how Parliament operates. And while the crisis demonstrates the need to modernise a decaying Parliament, given the decline in support for R&R noted above ministers may instead consider that a ‘window of opportunity’ has opened to downgrade the programme. And although R&R remains a parliamentary project, it cannot proceed without governmental support.

Can the Restoration and Renewal policy be reversed at this stage?

If R&R is to be downgraded, how will this happen?

It is rumoured that a decision due to be taken by the House of Commons Commission to revise the scope of the R&R programme, prior to the transfer of responsibilities to the governance bodies, did not happen due to current circumstances surrounding the coronavirus crisis.

With the R&R governance bodies now in place, the Sponsor Body has the duty to make “strategic decisions” around R&R (although it must consult parliamentarians in doing so). It is not clear, however, whether this duty extends to giving the Sponsor Body the purview to effectively reverse the 2018 resolution agreed by each House, which committed to R&R with full decant. Furthermore, it is not clear whether a drastic re-scoping of R&R would have the support of the majority of Sponsor Body members.

If the Sponsor Body does propose such a change, would it secure the agreement of Parliament as a whole?

The Palace belongs to both Houses, not just MPs, and our research has shown that the Lords has been overwhelmingly in favour of R&R with full decant. It is not clear whether the ‘quick fix’ plan, which would require the Lords moving out of the Palace while their chamber is used by MPs, has the agreement of the Leader of the Lords, Baroness Evans of Bowes Park, let alone the 800 or so individual Peers (and it is worth noting that the government does not have a majority in the Lords). In the event of a divide between the two Houses, will the Lords give way to the democratically-elected House?

If the Sponsor Body chooses not to propose such a change to the R&R plan, can it be overruled by MPs?

This is very much uncharted territory. While arms-length bodies and quangos are commonplace in Whitehall, they are rare within Westminster (with the notable exception of the Independent Parliamentary Standards Authority). There is thus little precedent for their being overruled by MPs.

One tool for MPs seeking to reverse the 2018 decision can be found in the tenet that no Parliament can bind its successor. The early curtailment of the 2017-2019 Parliament would bring this argument into play, and indeed Jacob Rees-Mogg appeared to make this point in March 2020 in response to an MP questioning whether full decant would offer value-for-money. Mr Rees-Mogg said:

“Obviously, this is a new Parliament and a new House of Commons, and it will be entitled to make decisions as it sees fit. It is accepted that the mechanical and engineering plant needs replacing, but some of the costs that one has read about are eye-watering.”

But given that R&R is not expected to finish until the mid-2030s, if no Parliament can bind its successor then the project risks being doomed to revisions and policy reversals with every election, adding cost and increasing the risk of a catastrophe.

It is clear that R&R is suffering from a lack of political or non-political figures willing or able to act ambassadors (or what political science would call ‘policy entrepreneurs’) or show true leadership. In the Commons, only Labour’s Meg Hillier has been making the case for R&R in recent weeks, and while her status as Chair of the Public Accounts Committee (PAC) places significant credibility behind her lobbying, she is not in a position to remove barriers placed by ministers or drive forward progress. As a result, and irrespective of the Sponsor Board and Delivery Authority coming into substantive existence, the project remains in a highly fragile state.