James Dennison examines the association between personality traits and party choice in the 2015 UK General Election. 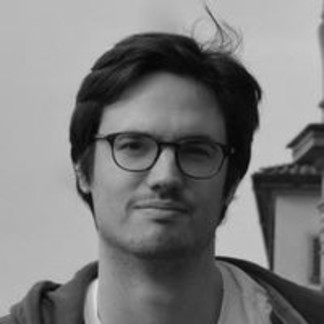 Why people vote for certain parties remains one of the most regularly investigated areas of political science. Ever since the earliest works on voting, explanations for party choice have generally focused on the voter’s socio-demographic position, their personal background and peer group or the political and economic context in which they live.

More recently, scholars have turned to less conventional determinants of party choice. One especially popular determinant has been personality, most often measured as the ‘Big Five Personality Traits’. In this article, I first consider whether voting in the 2015 general election followed the association between the personality traits and party choice as predicted by the literature. Second, I consider whether personality traits predict voting for the newer ‘protest’, or even ‘populist’, parties.

Although a number of psychological frameworks exist to comprehensively describe individuals, the Big 5 have come to dominate the field over the last 20 years. These five traits – agreeableness, conscientiousness, extroversion, neuroticism and openness – have been shown to successfully predict a range of human activity from financial decisions to healthy lifestyles to political behaviour and are described in Table 1, below. The Big Five are typically measured using quizzes such as the one here.

The success in matching personality traits with party choice and ideologies has been mixed. Undoubtedly the two most consistently found relationships are the positive effect of conscientiousness on right-wing voting and the positive effect of openness to experience on left-wing voting. Conscientious individuals are theorised to be more conservative because they take greater heed of social norms, valuing order and accomplishments that are socially proscribed. Open-minded individuals are more accepting of unconventional social behavior and unorthodox economic policies that are generally associated with the left.

There has been reasonably consistent evidence that a third trait, emotional instability, often called neuroticism, increases one’s chance of left-wing views. Emotionally unstable individuals are more anxious about their economic future, more desirous of state control, and are less likely to view the status quo in positive terms – all of which theoretically increases the chance of left-wing attitudes.

Extroversion and agreeableness have proven to be less clearly associated with political preferences. The evidence that exists regarding extroversion points towards a slight leaning towards conservatism – with extroverts exhibiting more of the ‘tough-mindedness’ that is compatible with right-wing policies. Agreeableness is the only trait to point in opposite political directions on social and economic matters, with some evidence suggesting that highly agreeable individuals prefer social conservatism and left-wing economic policies, wary as these individuals are of the disturbances to social and economic harmony that liberalisation may present.

The British Election Study includes data on the Big Five Personality Traits, each of which is measured on a 10-point scale, as well as party choice in the 2015 General Election. I standardise the results using z-scores to allow for better comparability. The results are shown below in Figure 1.

Voters of the two major parties, Labour and the Conservatives, follow fairly predictable patterns. As predicted by the literature and shown with Republican and Democrat voters, Conservatives are significantly more conscientious than the mean respondent, the opposite being true for Labour voters. The average Conservative voter is also significantly less open to experience though, surprisingly, Labour voters tended to be barely any more open to experience than the average voter in 2015.

Emotional instability, the third personality trait most commonly shown to affect party choice, follows a predictable pattern, with Conservative voters shown to be less unstable than the mean voter, and Labour voters more unstable. Labour voters are also shown to be more agreeable than the mean and, in fact, the most agreeable group of voters, while Conservatives are the most extroverted, as predicted by the literature.

Overall, the differences between Labour and Conservative voters on conscientiousness, open-mindedness and emotional instability are exactly as the literature would predict, with tendencies for extroversion amongst Conservative voters and agreeableness amongst Labour voters.

How do voters of the other three parties fare? First, we should consider the propensity amongst the voters of the Greens and UKIP for relative centrism on economic matters, such as redistribution, but radicalism on social issues, such as immigration. Liberal Democrat voters in 2015 were highly centrist on economic issues and centre-left on social issues. Given this, the associations between party choice and conscientiousness and open-mindedness come as little surprise, except perhaps in the strength of their effect.

UKIP and Green voters are the most closed and open-minded respectively, suggesting that attitudes to immigration are particularly affected by this trait. Green voters are far less conscientious of social norms than any other party, with UKIP voters around the national average. Liberal Democrat voters rank in the middle of all five parties on both traits. On emotional instability, UKIP voters are more neurotic than we might expect and Green voters score especially highly on this trait. Finally, on agreeableness and extroversion, the two traits with the least evidence of association with party choice in the literature, we see interesting results. Green, Liberal Democrat and UKIP voters are all less agreeable and less extrovert than the voters of the major two parties. Disagreeableness and introversion may therefore be key personality traits of the protest voter.

To conclude, research into the relationship between personality traits and party choice remains nascent, particularly outside of the United States, where multiparty systems offer greater complexity. This is despite the stability of these traits in individuals across the life course and consistent results in the literature, particularly on conscientiousness, openness to experience and, increasingly, on emotional instability.

The expected results were replicated amongst Labour and Conservative voters at the 2015 UK General Election. The newer parties less consistently follow these associations. Either their voters are more extreme, in the case of very high openness amongst Greens and low openness amongst UKIP members, or voters of all newer parties vary together from the major two parties – with Greens, Kippers and Lib Dems sharing a tendency for disagreeableness and introversion amongst their voters. Unsurprisingly, individuals less likely to go with the flow and less energized by big social organisations have been the first to jump ship from Labour and the Conservative party to the protest parties.