Robert Halfon MP explores the "shocking" findings in the 2018 Audit of Political Engagement and explains how he is aiming to repair the "rusty and breaking" chain of accountability between voters, MPs and government. 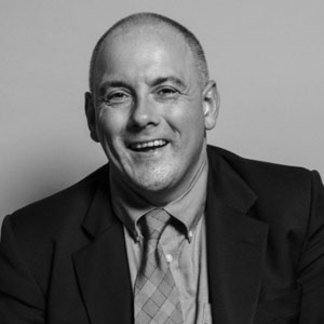 Member for Harlow and Chair of the Education Select Committee

When I was 10 years old, I came to Parliament for a tour. During that first visit, I was told that Parliament had a thousand rooms. My 10-year-old self was in awe at the idea that a building could have so many rooms and, from that day forward, I knew I wanted to be an MP – to get elected and do my best to represent and support thousands of constituents living in my patch.

“England is the mother of parliaments” – as John Bright said in the late 19th century – not only for its thousand rooms or the history that flows through each and every one of them, but because it is the heart of representative democracy, in the UK and in the many countries worldwide which adopted the Westminster model.

Democracy in the UK owes its existence to representative government, in which the line of accountability runs directly from voters to Members of Parliament to government. For this chain to work effectively, the links must be strong and active; engagement between the voters and Parliament is fundamental.

The Hansard Society’s latest Audit of Political Engagement report suggests quite strongly that, in reality, that chain is breaking. The report found a clear divide between voters and representatives and some of the findings were shocking. The vast majority of people feel like they have very little or no influence over decision-making, both at the local level (72%) and in the country as a whole (82%).

Generally, people thought the British system of governance was bad at ensuring the views of most Britons were represented. The report also suggests that ordinary people think it’s difficult to get involved in politics or to have a final say about Britain’s future direction.

This is a huge shame. It is incredibly sad that the mother of parliaments is unable to carry out its true function because the accountability chain between voters, MPs and government – upon which this Parliamentary democracy is built – is rusty and breaking.

We must, and can, take action. First, we – those in power, in Parliament, in local authorities and in government – need to focus on policies that appeal to people across the country. High politics is unlikely to engage the average voter who does not wake up every morning and read ‘Red Box’ or scroll through political blogs. Whether we focus on a mass programme to fix our potholes or bring an end to hospital car-parking charges, once and for all, the issues need to align with the interests of the public at large. Only then will we be able to catch the eye of the average Briton.

When looking at issues, we need to keep in mind the economic and social positions of the majority of those at the grassroots. ‘Right to Buy’ and ‘Help to Buy’, for example, are great policies but they can only go so far when one-in-four of our population have less than £100 in savings.

At the constituency level, in Harlow, I focus my work around five priorities that align with those of Harlow residents (whom I have got to know since moving to the town in 1999). My campaigns centre on the NHS, education and skills, the cost of living, the villages in the constituency and, finally, building an even better Harlow. These are the subjects that touch the everyday lives of those I represent – and in that vein, I hope to engage better with them.

On top of the issues on which we campaign, it’s vital that the form campaigning takes is considered. If party political leaflets do not shape voter opinions – as the Audit of Political Engagement report suggests – the focus must be on other methods of campaigning that throw what’s going on politically into the limelight and the public domain.

My job in Parliament involves chairing the Education Select Committee, working as a member of the Conservative Party, helping the government get legislation through and – above all – acting as representative and ambassador for Harlow. When I’m not chairing the Committee, I am seeking out opportunities to question the government on my five Harlow priorities, or raising a Harlow-related issue in the Chamber.

Working on set priorities is useless, however, if there is no method in place to communicate it to the voters – that’s where I get creative. It may be sitting at the side of the A414 on the way into Harlow with a huge sign or holding regular surgeries at the meeting places of different religious or community groups. I try to visit a Harlow school once a week and attend as many community events over the weekend as I can fit in. Speaking to Harlow residents in person helps me help them with a local issue and allows me to gain an understanding of the issues affecting their everyday lives, so I can take that to Parliament and change it for the better.

Alongside these more traditional forms of communication, the rise and power of social media cannot be ignored. Facebook, Twitter and, increasingly, Instagram may not be a full substitute for face-to-face meetings with constituents, and a handshake may still have a greater impact than a re-tweet, but the instantaneous nature of communication that social media facilitates is invaluable.

For the most part, I find Facebook and Twitter to be useful tools to communicate what’s going on in Parliament with my constituents – for example, by uploading a video of a question I asked in the Chamber within ten minutes of asking it – and to hear about what’s going on in Harlow. Given that social media platforms are developing at a rate of knots, we just have to make sure we can keep up.

The Hansard Society Audit of Political Engagement report has, for the fifteenth year in a row, shed light on the state of engagement in Britain – and it looks like engagement between those at the grassroots and those in power isn’t so effective. That’s problematic not only for politicians who may find it difficult to get their message across but also for representative democracy as a whole. If the links in that accountability chain aren’t robust and durable, then Parliament will be unable to fully exercise its functions. By focusing on issues that actually align with the priorities of voters, and by communicating that message in a way that really connects with the electorate, we can start to strengthen the accountability chain and ensure that the mother of parliaments is able to fulfil its role.