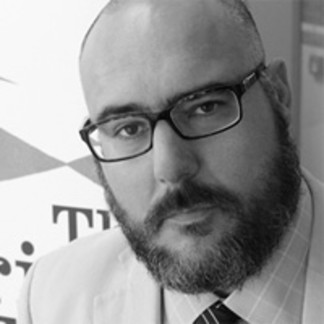 Professor of Politics, University of Sheffield

‘Oh no it’s not!’ I hear you all scream with oodles of post-Christmas pantomime cheer, but Parliament is apparently falling down. A number of restoration and renewal studies of the Palace of Westminster have provided the evidence with increasing urgency. The cost of rebuilding the House? A mere two billion pounds! If it was any other building in the world its owners would be advised to demolish and rebuild. Let’s design for democracy – Let’s do it! Let’s rip it up and start again!

Put very simply, the architecture and design of a building says a lot about the values, principles and priorities of those working within it. The old parliament building in Tblisi was a stone pillared fortress that reflected the politics of the soviet era whereas the new parliament is intended to offer a very public statement about a new form of politics. Its style and design may not be too everyone’s taste – a forty-meter high glass dome that looks like a cross between an alien spaceship and a frog’s eye – but the use of curved glass maximises transparency and openness. It represents the antithesis of the stone pillared fortress that went before it.

I’m not suggesting that the London Eye is suddenly upstaged by the creation of a new frog-eye dome on the other side of the Thames but I am arguing in favour of a little creative destruction. Or to make the same point slightly differently, if we are to spend two billion pounds in an age of austerity – and probably far more once the whole refurbishment is complete – then surely we need to spend a little time designing for democracy. Designing for democracy is something that imbued the architecture of the new Scottish Parliament and the National Assembly of Wales, it also underpinned the light and space of the Portcullis House addition to the Palace of Westminster.

The importance of Portcullis House is important. The underground corridor that connects the ‘old’ Palace of Westminster with the ‘new’ Portcullis House is far more than a convenient pathway: it is a time warp that takes the tired MP or the thrusting new intern back and forward between the centuries. The light, modern and spacious atmosphere of Portcullis House creates an environment in which visitors can relax, committees can operate and politicians can – dare I say – smile. The atmosphere in the Palace of Westminster is quite different. It is dark and dank. It is as if it has been designed to be off-putting and impenetrable. It is ‘Hogwarts on Thames’ which is great if you have been brought up in an elite public school environment but bad if you did not. It has that smell…you know the one I mean…the smell of private privilege, of a very male environment, of money and assumptions of ‘class’… it is not ‘fit for purpose’ and everyone knows it. And yet we are about to spend billions of pounds rebuilding and reinforcing this structure.

There is, however, a deeper dimension to this plea to take designing for democracy seriously: architecture matters. The structure of Parliament – in terms of the seating and the corridors, the secretive snugs and the lack of visitor amenities, through to the lack of windows and the dominance of dark wood – represents the physical manifestation of that ‘traditional’ mode of British politics that is now so publicly derided. The structure delivers the adversarial ‘yaa boo’ politics that now turns so many people off.

The Palace of Westminster should be a museum, not the institutional heart of British politics.

In recent years the Speakers of both Houses of Parliament have made great strides in terms of ‘opening up’ Parliament, but modernisation in any meaningful sense is fundamentally prevented by the listed status of the building. A window of opportunity for radical reform did open-up when an incendiary bomb hit the chamber of the House of Commons on 11 May 1941. The issue of designing for democracy was debated by MPs with many favouring a transition to a horseshoe or semi-circular design. But in the end, and with the strong encouragement of Winston Churchill, a decision was taken to rebuild the chamber as it had been before in order to reinforce the traditional two-party system. ‘We shape our buildings’ Churchill argued ‘and afterwards our buildings shape us.’ Maybe this is the problem.

The refurbishment of Parliament has so far escaped major public debate and engagement. And yet if we really want to breathe new life into British democracy then the dilapidation of the Palace of Westminster offers huge opportunities. The 2015 General Election is therefore something of a distraction from the more basic issue of how we design for democracy in the twenty-first century. Less MPs but with more resources? Less shouting and more listening? A chamber that can actually seat all of its members? Why not base Parliament outside of London and in one of the new ‘Northern powerhouses’ (Sheffield, Manchester, Newcastle, Leeds) that politicians seem suddenly so keen on? Two billion pounds is a major investment in the social and political infrastructure of the country so let’s be very un-British in our approach, let’s design for democracy – Let’s do it! Let’s rip it up and start again!