‘Suppose they gave a war and no one came?’ became a catchphrase of the US peace movement in the 1960s. What happened over the last week in British politics couldn’t help but remind me of it. Why? 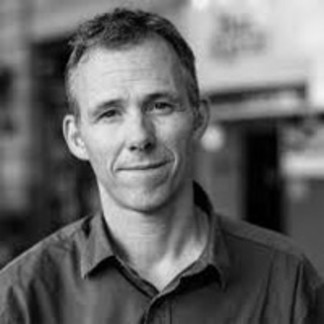 Because of the gap between what was supposed to happen to the Labour Party’s poll ratings in the wake of the media storm touched off by ‘that tweet’ by shadow minister (now ex-shadow minister), Emily Thornberry, and what actually happened to them.

Views were – and will doubtless remain – divided on whether the Islington South MP’s decision to share a photo of ‘White Van Dan’s’ flag-festooned house, on the driveway of which sat his now famous Ford Transit, was proof of the disdain secretly felt by Labour MPs for the very class their party was founded to represent. Likewise on whether Ed Miliband’s decision to sack her was the only thing he could do in the circumstances or else it was a ridiculous overreaction which not only gave the story extra legs but confirmed that her real crime was to have let the proverbial cat out of the bag.

On one thing, however, everyone (or at least virtually everyone in the media) was agreed: the whole thing was a disaster for Ed Miliband. Labour’s performance in the Rochester and Strood by-election was bad enough already. But the Twitterstorm which began brewing even before the polling stations had closed somehow managed to turn a drama into a crisis. UKIP, it’s true, got its fair share of attention, but a lot of the coverage in the aftermath revolved around Labour losing the white working class, thereby letting the Tories off lightly when, if anything, the result was even worse for David Cameron than it was for Ed.

One can only imagine how much some of the staff at the Mail and the Sun were looking forward, along with CCHQ, to reading the opinion polls which went into the field over the weekend. After a few days during which, in the wake of the so-called Bonfire Night plot against Ed Miliband, the two biggest parties had drawn neck and neck, this would surely be the point at which the Tories would finally establish a clear lead – one which they would gradually extend over the next five months, thereby slipping safely back into Downing Street, even if only as a minority or coalition government.

Somehow, however, it doesn’t seem to have worked out like that – not yet at least. Rather than dropping back to, or even below, the miserable 29 per cent it scored in 2010, Labour seems to have held its head above water and even, if the latest polls are to be believed, begun to start swimming for the shore again. If a gap has opened up at all (and I rather suspect it hasn’t really, but who knows?), it would appear to be in the opposite direction to which everyone expected.

How can this be? There are at least five possibilities, by no means mutually exclusive but no means equally convincing either.

The first is that it’s too soon to tell – that there is an inevitable lag between bad news for a party and its impact on public opinion; give it a few more days and then you’ll see. This might be true but seems unlikely – normally the impact of events is relatively rapid, only to trail off when people have forgotten about it, as they very quickly do.

The second possibility is that people are impressed by Ed Miliband ruthlessly forcing out a frontbench ally and then telling anyone who’ll listen that he feels respect whenever he sees a white van or a St George’s flag. To which I say (without a shred of hard evidence to back up my opinion, mind), ‘Come off it. Are you serious? Call me back, though, if Ed gets into the cage with White Van Dan and proceeds to beat the crap out of him.’

The third possibility is that some wavering Labour voters of a politically correct cast of mind have taken one look at White Van Dan and his ‘Danifesto’, decided that, for some reason, they don’t feel a great deal of affinity with a shaven-headed cage-fighter (or, for that matter, with all his talk of sending them back, the cane and harsher sentences for all those poppy-burners) and have thought better about drifting back to the Lib Dems and the Greens. This isn’t beyond the bounds, although we haven’t really seen a big drop in support for the latter, so I wouldn’t personally put money on it.

The fourth possibility is that UKIP is enjoying a post by-election bounce which – although it’s sometimes easy to forget this amidst all the understandable agonising over its impact on Labour – is hitting the Tories harder than anyone else. As is their wont, they are then going off on one with regards to Europe, which never does them any favours. This seems, relatively speaking, a fairly reasonable assumption, although the UKIP bounce isn’t that big this time; nor are the Tories any more divided after Rochester than they were before it. So, again, ho-hum.

The fifth and final possibility is that the by-election, Emily Thornberry’s fatal tweet and subsequent dismissal, the Danifesto, the front-page splashes, the expert analysis, and Miliband’s tour of the television studios, have barely registered with voters who, quite frankly, have more important things to think about. The media in other words is obsessed with the noise – not least because it produces most of it – but misses the signal, forgetting that it’s the fundamentals (perceptions of competence and credibility on key issues and the state of people’s personal finances) that decide elections, not what’s in the papers. This, of course, is too ridiculous even to contemplate. So I’d best shut up.