As an elector in Brecon and Radnorshire, Hansard Society Trustee Sir Paul Silk sets out 12 shortcomings he observed in the recall petition process that led on 21 June to the triggering of a parliamentary by-election in the constituency. 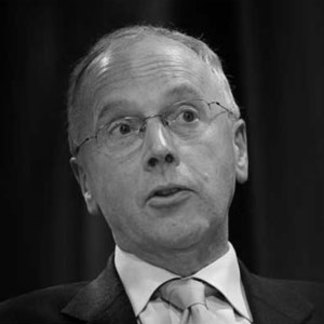 Paul is a Fellow of the Learned Society of Wales and an Honorary Professor at the Wales Governance Centre at Cardiff University. He was a member of the National Assembly for Wales’s Expert Panel on Electoral Reform. He has also worked as Presidential Adviser in the Parliamentary Assembly of the Council of Europe and has written and lectured extensively on Parliament and the constitution. He now works for a number of organisations advising parliaments all over the world.

There have now been three petitions under the Recall of MPs Act 2015. Neatly, each of the three statutory conditions for a petition has now been fulfilled:

This last condition was met in the Brecon and Radnorshire (B&R) constituency, where Chris Davies, the sitting Conservative MP, was sentenced in April for two offences under the Parliamentary Standards Act 2009 to which he had pleaded guilty.

The petition thus triggered under the 2015 Act closed on 20 June. The following day it was revealed that just under 19% of the local electorate had supported Mr Davies’ recall. This crossed the 10% threshold set by the 2015 Act. Mr Davies has therefore lost his seat. Thirty-four years after the Brecon and Radnor by-election of July 1985, when the Liberal Democrat Richard Livsey took the seat after the death of the Conservative Tom Hooson, there will therefore be another B&R by-election.

Personal reflections on the process in Brecon and Radnorshire

As a parliamentary official until 2011, I was a witness to the events that led to the recall process. Now, as an elector in B&R, I have participated in the process. Here are some personal reflections:

1. The term ‘petition’ is confusing. Electronic petitions to the House of Commons are now well-known, and people reasonably expect recall petitions to be run in the same way so that they can sign online through the parliamentary website. When the B&R petition opened, there was not even a signpost on the parliamentary website to direct people to the right process, though this was subsequently remedied.

2. Petitions use up too great a resource. Keeping signing stations open for over 40 hours a week for six weeks racks up hefty costs. The Peterborough petition may have cost £500,000. And a hard-pressed local authority, like Powys County Council, must have found it challenging to divert resources for the petition – especially when an election to the European Parliament was taking place at the same time. (For example, many people did not receive the statutory Notice of the petition until after the signing period had begun.)

3. There is little justification for a signing period as long as six weeks. A period this long causes unnecessary expense, dissipates interest and increases the likelihood of fraud. A much shorter period would be better – combined with longer daily hours (see 5. below).

4. Discretion about the number of signing stations is undesirable. B&R is the largest constituency geographically in Wales and England. The Petition Officer (the Chief Executive of Powys County Council) decided that there should only be six signing stations (there had been 10 in Peterborough and three in North Antrim). In B&R, this meant that some people had to travel for 30 minutes to get to a signing station more than 15 miles away from where they lived. There was criticism of the Petition Officer about this, and completely unfounded allegations of political interference in the decision. Lord Justice Scott Baker, in the leading case of R (De Beer and others) v Balabanoff, expressed the opinion that the fewer cases on which a Returning Officer is called upon to exercise questions of judgement, the better. That applies even more forcefully in the case of recall petitions.

5. Signing stations were not open at convenient times. Outside core working hours of 9am to 5pm, signing stations were only open for four additional hours per week (one day from 8am until 9am, and one day until 8pm). This does not work for people in employment – especially if work, home and signing station are all in different towns. The law requires stations to be open on working days from 9am to 5pm, but otherwise “the Petition Officer must make reasonable provision for the availability of the petition for signing at other times” – although these cannot include weekends (why?). The Petition Officer has an undesirable degree of discretion, and the law is inflexible.

6. Postal and proxy forms should be specifically designed for petitions. Electors unable to attend the signing places in person had the option of signing by post or proxy, but the forms provided were designed for elections, not petitions, and therefore will have confused some electors.

7. More thought should have been given to the location of signing stations. Two of the six signing stations were located in out-of-town County Council administrative buildings. Though almost all electors would have needed to travel to the station by car, no parking facilities were available at one of these, and there was no external signage. At the beginning of the process, it was not even possible to enter the building after reception staff had left for the day. The four other signing stations were better located in town centres.

8. Effective disfranchisement is a problem. An elderly person living in a village without public transport, who does not drive or use the internet, may well give up on an attempt to sign a petition unless s/he is motivated enough to phone the County Council to ask for a postal or proxy ballot, or is able to find a lift. B&R has 161 polling stations, compared with only six signing stations – petition signing is much more difficult than voting.

9. People who support the MP are locked out of the process. The official Petition Notice from the Petition Officer was criticised as biased, because it did not tell people how they could show their approval of the MP. The form of the Notice is, of course, prescribed by Regulations. But perhaps there should be a method of registering support for an MP subject to a petition.

10. The public nature of signing is problematic. People were anxious about signing because they knew that they could be identified when they entered the signing station. This was a concern to people who were identifiable community figures. The confidentiality of intention that voters are used to in the polling booth does not apply to petition-signers.

11. Few people sign a petition (or decide not to) because of the offence committed by the MP. Anecdotal evidence is that many of those who signed did so because they disliked the MP personally, or disapproved of his political views. Conversely, those who did not sign approved of the MP or supported his policies, or thought a by-election would be undesirable at a time of political turbulence. Only a smaller proportion seem to have made their decision because they had asked themselves whether the circumstances of the criminal offence committed by the MP meant that he should no longer serve in Parliament – although I did meet several electors who had troubled to read the Judge’s sentencing remarks (PDF) and formed their opinion based on them (some to sign, some not to).

12. Some questions need to be answered about the resources available to MPs subject to recall petitions. I asked three questions of IPSA (the Independent Parliamentary Standards Authority) on 1 June: is an MP facing a petition allowed to spend any IPSA-provided resources to fight the petition, and, if so, in what circumstances? What is the position with regard to the cessation of IPSA-provided resources if a petition is successful? What is the position in relation to IPSA-provided resources in the case of a person against whom a petition is successful but who is subsequently re-elected in the by-election that follows? No answer had been received by 20 June. Similar questions need to be answered by the House of Commons authorities about the resources the House provides.

A summer by-election in a National Park always has its attractions. Given the coincidence of this year’s B&R by-election with the campaign to become the new Prime Minister, at the head of a minority government, facing possible rebellions on Brexit in the House of Commons, and with the Brexit Party challenging the established parties, this year’s poll looks set to be even more exciting than that of 1985.

But the shortcomings evident in B&R concerning the recall petition process do not appear to have been unique, and should not be forgotten amid the party political storm. Problems around the location of signing stations, and the public nature of signing, also arose in North Antrim, for example. The B&R experience thus adds to the accumulating evidence of shortcomings in the recall petition process as set out in the 2015 Act.