The long-delayed rebuilding of the Palace of Westminster has taken two large steps forward with the publication of key legislation and a public consultation on plans for the House of Commons’ temporary accommodation. However, concerns and confusion remain around the roles of both the government and the public in the R&R programme. 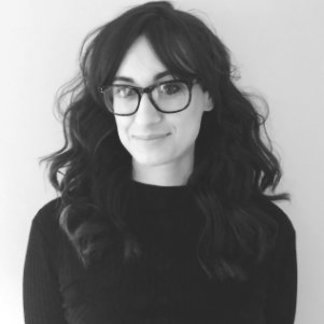 On 8 May the Parliamentary Buildings (Restoration and Renewal) Bill was presented to the House of Commons by the Leader of the House, Andrea Leadsom. The publication of the Bill is a significant step forward for the rebuilding of the Palace: it will establish the necessary governance bodies for the Restoration and Renewal (R&R) of the Palace of Westminster, in the shape of a sponsor board, acting as a client, and an independent delivery authority, similar to that established for the London Olympics in 2012. This structure is designed to minimise political interference in the project, while maintaining accountability to Parliament and the public.

Restoration and Renewal and the Northern Estate Programme: a complex governance relationship

After months (and years) of slow progress on R&R, the Bill was published on the same day as the Commons launched a public consultation (PDF) on the Northern Estate Programme (NEP), the rebuilding programme for a number of office buildings on the parliamentary estate. While the NEP is technically separate from R&R, the two programmes are closely linked. An element in the NEP is the construction of a temporary chamber within Richmond House on Whitehall, to be used as the decant accommodation when the Commons moves out of the Palace. As the Financial Times (£) noted in April, any delays to the NEP would therefore prevent MPs from moving out of the Palace as planned in 2025 (a date already delayed from the original plan of August 2020). (Plans for the House of Lords’ temporary accommodation during the decant from the Palace are not part of the NEP and are less advanced than those for the Commons.)

With the risk of fire, flood, crumbling masonry or catastrophic failure of the infrastructure growing day by day, there is a significant risk that the Palace may not survive until decant. The former Clerk of the House of Commons, Lord Lisvane, told BBC Radio 4’s ‘Today’ programme on 8 May, ahead of the Bill’s publication, that:

Despite the two programmes’ interdependence, the NEP and R&R remain under the control of different governing bodies: the NEP consultation was published by the House of Commons Commission, while the R&R legislation was presented by the government. In evidence to the joint select committee conducting pre-legislative scrutiny on the draft legislation, Andrea Leadsom noted that the draft Bill did not include the transfer of the NEP to the R&R governance bodies, as such a provision had not been mandated by the Commons or Lords. She added that such a move would have disadvantages – not just in broadening the scope and complexity of R&R, but also in confusing the purpose of the programme in the mind of the public: “it … risks the public’s saying, ‘Well, we can see the point of you restoring the Palace, but what are all these other buildings thrown in for?’”, she said. Instead, the Bill simply allows for the possibility of the projects to be brought together, once the R&R Sponsor Body and Delivery Authority are established in substantive form. This position was set out in the government’s response (PDF) to the report of the Joint Committee on the Draft Parliamentary Buildings Bill, published the day prior to the Bill itself (the Joint Committee’s report having been published in March).

Public engagement and ‘value for money’

The Joint Committee’s main recommendation was for public engagement in R&R to be included in the Bill. However, in its response, the government decided that it would not be “appropriate that this should be part of the Sponsor Board’s role” and that the responsibility should lie with Parliament instead. This absence of accountability for ensuring public engagement has the potential to hinder the securing of funds and other resources to engage the public with the future of their Parliament, due to current available funds allocated in the parliamentary budget, as well as the lack of clarity about who would be responsible to lead and manage a meaningful engagement project.

Similarly, the government rejected the recommendation “to place on the Sponsor Body the requirement to take account of ‘the need’ rather than ‘the desirability’ of ensuring educational and other facilities are provided in the restored Palace”. Instead, the government response places greater emphasis on “the need for the R&R programme to deliver good value for money”. The lack of emphasis not only on future educational facilities, but also on “public engagement with and public understanding of Parliament” (which the Joint Committee had recommended be an additional statutory consideration for the Sponsor Body, and on which the Crick Centre made recommendations in its Joint Committee evidence) suggests that the government’s idea of value does not exceed the monetary.

Furthermore, while ministers have stressed time and time again that R&R is a matter for Parliament, and not the government, it was the government which assumed responsibility for accepting or rejecting the recommendations made by the Joint Committee – a parliamentary committee considering a parliamentary matter. The Chair of the Joint Committee, Dame Caroline Spelman, described the government’s rejection of some of the Committee’s “important” recommendations as “disappointing”.

In contrast, the NEP consultation is encouraging public engagement with the proposed plans, and should be welcomed. However, the results from this engagement are likely to be limited, owing to the way it has been formulated. By publishing a set of plans and images of the temporary Commons Chamber and the wider renovations, the programme is asking what the public thinks about a proposal that appears already to be decided, rather than asking the public what potential possibilities could look like, without any premeditated guidance. Moreover, the consultation asks the public what type of public facilities they would like to see around the chamber, and yet asks for no feedback on the proposed chamber itself. The response to the proposed chamber has been lukewarm: in The Times (£), the Conservative MP Iain Duncan Smith described it as an “expensive, ghastly, characterless, soulless bowling alley”.

Overall, the introduction of the legislation to set up the R&R governance bodies is a vital step forward for the project. It owes much to the drive and commitment of the Leader of the House, who has made the rebuilding of the Palace a personal priority. Nonetheless, the government’s decision to reject key recommendations of the Joint Committee highlights the confusion that still remains over the status of R&R as a parliamentary project. Similarly, despite the publication of the NEP public consultation, exactly how the public will be involved in a building that belongs to the nation, not politicians, remains to be seen.