The Coronavirus crisis is spotlighting the importance of the House of Commons Chamber in our democratic life. 7-8 May marks 80 years since the Norway Debate, the event which demonstrated this most famously. Over two days of debate, MPs’ performances in the Chamber and a decision to force a division had historic consequences. 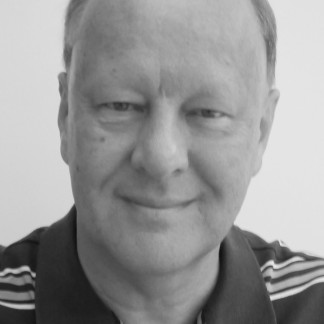 Stuart Ball CBE is Emeritus Professor of Modern British History at the University of Leicester. He is author and editor of 14 books on British political history, including Portrait of a Party: The Conservative Party in Britain 1918-1945 (Oxford University Press, 2013) and The Advent of Democracy: The Impact of the 1918 Reform Act on British Politics (Wiley, 2018).

The debate that took place in the House of Commons 80 years ago, on 7 and 8 May 1940, was the most significant in Parliament’s long history. Its outcome caused the resignation on 10 May of Neville Chamberlain as Prime Minister and his replacement by Winston Churchill, a change of leadership that had crucial consequences for both Britain and the world.

The immediate cause of the debate was the failure of the efforts to prevent the German seizure of Norway, following their invasion on 9 April. However, for a significant number of MPs who supported the National Government (the coalition of the Conservatives, a section of the Liberal Party and a few former Labour MPs that had been in power since 1931), this setback was linked to deeper concerns about the effectiveness of the war effort and Chamberlain’s leadership that had been growing since the outbreak of war.

In the previous week, Chamberlain had agreed to opposition pressure for a two-day debate on the conduct of the war. The occasion was provided by the procedural motion to adjourn for the Whitsun holiday, and when it began the opposition Labour Party leaders did not intend to take this to a vote. 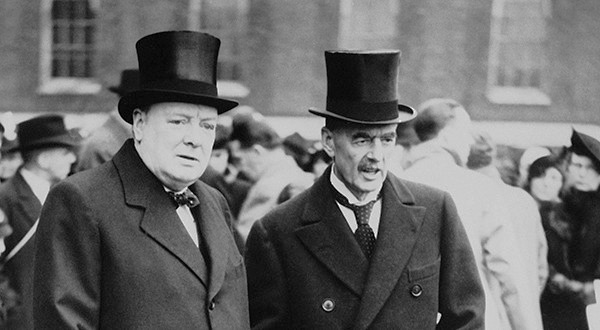 Rising to speak at 3.48pm on Tuesday 7 May, a hot day in a warm spring, the Prime Minister’s opening statement was low-key and focused mainly on events in Norway; even some of his supporters felt it was a weak performance and thought he seemed tired.

The response of Clement Attlee, the leader of the Labour Party, broadened the issue to a general lack of initiative and resolve: “Norway comes as the culmination of many other discontents … everywhere the story is ‘too late’.”

These opening speeches set a pattern that continued through the debate, with those defending the government concentrating on the details of the Norwegian campaign, whilst its opponents set it in the context of more general failings of inadequate preparation, poor co-ordination, lack of drive and unwarranted complacency.

One consequence of this was that critics put little blame on Churchill, despite the latter’s key role as chair of the Military Co-ordination Committee, and instead directed their fire at Chamberlain.

Sir Roger Keyes, a Conservative MP who attended in his uniform as an Admiral of the Fleet, on the first day, and Lloyd George, the Prime Minister of 1916-22 who now sat as an Independent Liberal, on the second, both deliberately sought to exclude Churchill from their criticisms whilst delivering scathing attacks to mounting applause. The point was summed up by Lloyd George’s remark that Churchill “must not allow himself to be converted into an air-raid shelter to keep the splinters from hitting his colleagues”.

The other dramatic speech was delivered in the early evening of 7 May by Leo Amery, a former Conservative cabinet minister and pre-war critic of Chamberlain’s foreign policy.

Normally a dull speaker, Amery began in an empty chamber at 8.03pm, but as it rapidly filled again after dinner and the atmosphere heightened, he concluded with a devastating denunciation, which echoed the doubts amongst government backbenchers that now extended far beyond the well-known critics, by quoting Cromwell’s dismissal of the Long Parliament:

“You have sat too long here for any good you have been doing. Depart, I say, and let us have done with you. In the name of God, go.”

Later that evening, the Secretary of State for War, Oliver Stanley, delivered a poor winding-up speech for the government; the strongly pro-Chamberlain MP Henry Channon described it in his diary as “a shocking performance, luke-warm and ineffectual”. Even so, the government Chief Whip told the Minister of Transport, Euan Wallace, that he “thought we had had a reasonably good first day in an admittedly difficult situation”.

However, the critics on the government’s own side were becoming more confident that opinion was moving their way. The change of mood also influenced the Labour leadership, and on the morning of Wednesday 8 May they decided to call for a division, making it a vote of confidence.

The division was announced in Herbert Morrison’s opening speech when the debate resumed at 4.03pm and it provoked an angry response from Chamberlain, who declared: “At least we shall see who is with us and who is against us, and I call on my friends to support us in the Lobby to-night.”

Although ‘friends’ was a reference to the usual parliamentary term for members of the same party, this phrasing was an error of judgement as it seemed to put the issue on a purely personal basis. The following speech by the Secretary of State for Air, Sir Samuel Hoare, was muddled and ineffective, and once again the drama came from the critics in Lloyd George’s speech. In Channon’s words, “the temperature rose, hearts hardened, tempers sharpened”.

The debate closed with Churchill’s vigorous defence of the government, which was politically important in demonstrating his loyalty to his leader. But by now the issue had moved from events in the fjords of Norway to Chamberlain’s capacity to be an effective or inspiring war leader.

The division took place at 11.00pm in a highly charged atmosphere, with government loyalists shouting ‘Quislings’ and ‘Rats’ at the rebels. When the result was announced, it caused chaos. Although the government had won the vote by 281 to 200, the slump in its normally much larger majority was in fact a clear political defeat.

Thirty-nine government MPs had voted against it, and between 30 and 40 more had attended the debate but abstained. The rebels extended beyond the predictable critics and included previously loyal Conservative MPs in the party’s mainstream.

Since the outbreak of war, many younger Conservative MPs had joined military units and become aware of deficiencies that differed from Ministers’ complacent reassurances; 16 of the MPs who voted against the government had pointedly attended the debate in uniform.

It was clear that a reconstructed government of all parties was now essential, but it was known that the Labour Party would not join a ministry led by Chamberlain, with whom there was a long-standing mutual antagonism. Even so, Chamberlain met Attlee on Thursday 9 May and extended an invitation, but the latter’s negative response was confirmed by Labour’s National Executive Committee the next day. 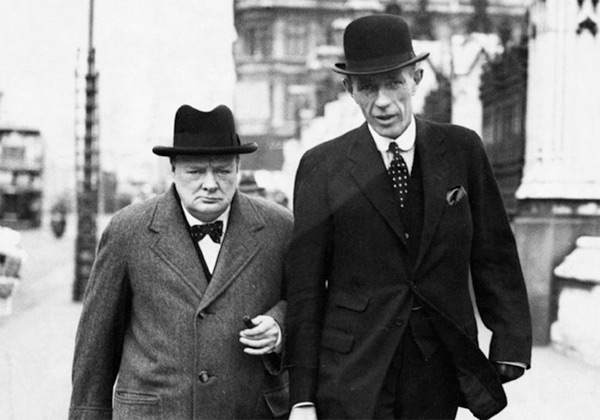 Churchill had made clear in another meeting on 9 May that he was unwilling to serve under Chamberlain’s other possible successor, Lord Halifax, the Foreign Secretary, who had then withdrawn his candidacy. Thus on the afternoon of Friday, 10 May, Chamberlain resigned the premiership and was succeeded by Churchill, who formed a new all-party National Government. Earlier that day, Hitler’s armies had launched their attack in the west, and the war now entered its most critical phase.

Banner image: Winston Churchill at a BBC microphone about to broadcast to the nation on the afternoon of VE Day, 8 May 1945 (© Crown Copyright: IWM).