With House of Commons business motions attracting unusual interest and controversy, former Clerk Simon Patrick sets out what they are and how they work. 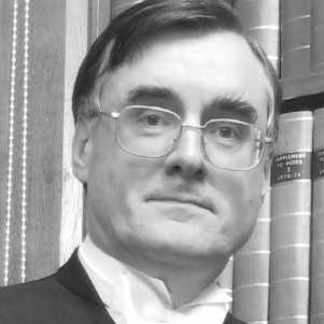 Simon Patrick was a House of Commons Clerk from 1978 until his retirement in 2016. In addition to regularly sitting at the Table of the House from 2009 onwards, he was an Assistant Editor of the last two editions of Erskine May’s Parliamentary Practice, in 2004 and 2011. He received an OBE for his parliamentary services in 2017.

A Business of the House motion is used when what might be called the ‘default rules’, namely the ancient practice of the House as modified by Standing Orders, would produce a result which is not what is wanted for any particular business or on any particular day or days.

There are sometimes more specific types of motion available, such as programme motions or allocation-of-time motions (‘guillotines’) in relation to bills. However, in both cases there are limits to what can be included in them. A Business of the House (or Procedure) motion is therefore sometimes required instead, even for a bill - for example, for the Hunting Bill on 15 September 2004, or the European Union (Amendment) Bill (implementing the Lisbon Treaty) on 28 January 2008.

The ancient procedure of the House of Commons, which lasted in most areas of business until well into the 19th century, was as follows:

From the 19th century onwards, various changes were made, and usually incorporated into Standing Orders (Orders which remained in force beyond the end of the session in which they were passed):

Standing Order No. 15(2) provides for a business motion allowing specified business to proceed beyond the moment of interruption (either for a specified time or indefinitely), and this is to be moved at the moment of interruption (on the day) and decided forthwith. These used to be very common, particularly for allowing an open-ended debate on the report stage of bills, but as nearly all government bills are now programmed, they have become unnecessary for this purpose and are much more rarely used.

Apart from this, there are no Standing Orders specifically controlling the procedure on Business of the House motions. There is no specific requirement for such motions to be moved by the government, except that non-government motions would have no priority on government days.

Similarly, there is no specific ban on moving Business of the House motions on Opposition Days, although this has not been done.

In common with other motions in general, Business of the House motions are debatable and amendable. For example, an amendment to such a motion was proposed (and defeated) on 28 January 2008, and an amendment was agreed to on 4 December 2018. (The former was an amendment to the business motion governing debate on the European Union (Amendment) Bill. The latter was the amendment to the first business motion governing the ‘meaningful vote’ debate. The amendment was moved successfully by Dominic Grieve MP to make all motions under Section 13 of the European Union (Withdrawal) Act, thus including neutral motions, amendable. The Grieve amendment achieved this by setting aside, for Section 13 motions, Standing Order No. 24B; Standing Order No. 24B disallows amendments to neutral motions.)