Several parliamentary committees scrutinise delegated powers and delegated legislation. But what is the aim of this scrutiny, what standards are applied, and what are the value and limits of Parliament’s role in this aspect of the legislative process? 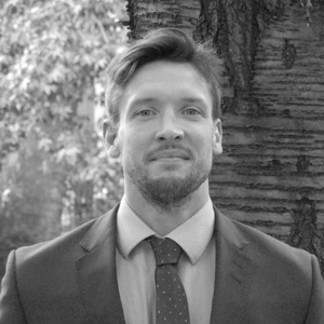 Prior to joining the Bingham Centre in July 2018, Jack was the constitutional law specialist in the House of Commons Library, where he led the Library’s work on the European Union (Withdrawal) Bill. In 2014-15 he was a lecturer in Public Law at the University of Sussex. His academic work has focused on the UK Parliament’s scrutiny of constitutional legislation.

The most significant legal provisions currently in force in England are contained in a Statutory Instrument: The Health Protection (Coronavirus, Restrictions) (England) Regulations 2020. This instrument was made by the government and laid before Parliament, and came into force on 26 March 2020 without any significant parliamentary debate.

This fact has highlighted two important facts about the UK constitution:

A new report published on 20 April by the Bingham Centre for the Rule of Law, ‘Brexit, Delegated Powers and Delegated Legislation: a Rule of Law Analysis of Parliamentary Scrutiny’, aims to explain how Parliament scrutinises both delegated powers and delegated legislation, by extracting standards from the reports of five committees from the 2017-19 session. The report highlights the standards that these parliamentary committees apply when scrutinising delegated legislation. In this post, I explain the role played by these committees, draw attention to some of the standards highlighted in the report, and discuss the value and limits of Parliament’s role in the legislative process.

The rule of law and parliamentary scrutiny of delegated legislation

Together, these committees represent a sophisticated and effective scrutiny system that enables Parliament to review a significant number of Statutory Instruments (2,323 were laid before Parliament in the long session of 2017-19). This is no mean feat considering the small numbers of parliamentary officials and lawyers who work for both these committees, especially when compared with the number of government officials responsible for producing Statutory Instruments within departments.

The JCSI and the SLSC complement each other. The JSCI’s remit, which is set out in a Standing Order (House of Commons Standing Order No. 151), is principally concerned with technical legal questions – for example, whether the drafting is ‘defective’ or the instrument ‘purports to have retrospective effect’. The SLSC’s remit is broader, and the Committee frequently reports on an instrument on the basis that ‘it is politically and legally important or gives rise to issues of public policy likely to be of interest to the House’.

Despite these distinctive remits, the two Committees’ functions overlap in important ways. Both committees share a focus on defending Parliament’s institutional role in the legislative process. The JCSI draws attention to any delays in laying an instrument before Parliament. The SLSC identifies problems with the quality of explanatory material accompanying an instrument provided by the government. The substantive remit of both committees is focused upon matters that are designed to encourage the government to operate in way that enables parliamentarians, and parliamentary committees, to play a role in supervising delegated legislation. More broadly, both committees exist in order to identify the instruments, out of the hundreds laid each year, that should be subject to ‘further debate’ or ‘special attention’ from parliamentarians.

The work of the JCSI and SLSC performs an important function for the rule of law. The combination of their technical legal focus and their defence of Parliament’s institutional role in the legislative process means that they make both legislation and the legislation process more transparent, accessible and democratically legitimate. The work of both these committees means that Statutory Instruments that would not otherwise generate political debate or disagreement are subject to specialist scrutiny which can then lead to increased levels of parliamentary and public debate on proposals to change the law.

However, it is important to note the limits of this form of scrutiny. These committees can identify and publicise particular concerns within an instrument but they cannot change parliamentarians’ ability to influence the substance of delegated legislation. Their highest level of sanction is that they can ‘draw the attention of Parliament’ to a particular defect. That is a vital parliamentary function, but it is not one that enables parliamentarians to shape the substance of legislation.

The public debate on the Health Protection (Coronavirus, Restrictions) (England) Regulations 2020 has drawn attention to the fact that the government’s official guidance did not always appear to line up with the provisions in the regulations. This raises a number of important rule of law issues (as highlighted by Ronan Cormacain, also of the Bingham Centre). One of these is that in a society governed by the rule of law, the law of the land should be found in the statute book, and should only be changed via the democratic and transparent legislative process. In the context of the Coronavirus regulations, the relationship between the government’s guidance and the regulations is precisely the sort of issue that would draw the attention of the JCSI.

Another parliamentary committee, the House of Lords Delegated Powers and Regulatory Reform Committee (DPRRC), has previously drawn attention to the problem of the government proposing to use guidance when legislation would be more appropriate. The DPRRC’s report on the Ivory Bill in 2018 stated (at paragraph 8):

“It is fundamental to the nature of guidance (as its name implies) that, although there is a duty on the person to whom it is addressed to consider and have regard to the guidance, it is open to that person to decide not to follow the guidance if the person considers that there are good reasons for not doing so in the circumstances of a particular case.”

If guidance contains mandatory rules on sensitive subject matter, then these should be set out in legislation. This would ensure that parliamentarians can at least have some formal oversight of the rules, and that committees such as the JCSI and SLSC can test whether the rules are internally consistent and as clear as possible. The JCSI’s seventh and eleventh reports of the 2017-19 session made the point that in principle basic information which is necessary to understand a regulation should be included in the instrument itself. At a time of crisis, it is particularly important that legislation is as clear and as accessible as possible.

Parliamentary scrutiny of delegated legislation is fundamentally different from scrutiny of primary legislation. There is no line-by-line scrutiny by parliamentarians. Once Parliament has entrusted the government with a delegated power, it deliberately provides limited supervision of the resulting delegated legislation and hands responsibility for scrutiny to committees with targeted remits. The JSCI and the SLSC play an invaluable role in highlighting difficult and complex issues that are worthy of special attention.

Many of the complaints made in relation to delegated legislation are based on a comparison with the primary legislative process. The two processes are clearly very different, but in both cases once an instrument or a Bill is laid or introduced to Parliament, it is often too late for parliamentarians to shape the policy in question. Nevertheless, during the parliamentary phase of the process, there will normally remain scope for technical legal or constitutional issues, particularly those that relate to Parliament’s institutional role, to be subject to particular attention which can sometimes lead to government concessions. The JCSI and other specialist scrutiny committees responsible for reviewing delegated legislation play a vital role in drawing attention to range of such issues (as set out in the new Bingham Centre report). The severity of the current crisis might mean that if a committee such as the JCSI can draw attention to issues within an SI, such as a lack of clarity or compatibility with guidance, parliamentarians and the government are likely to be particularly responsive.