Political scientists have known for a long time that talking politics to family and friends makes a difference to how people vote. Early election studies in the 1950s run by the University of Columbia focussed not only on how parties influenced voters, but how voters influenced each other. 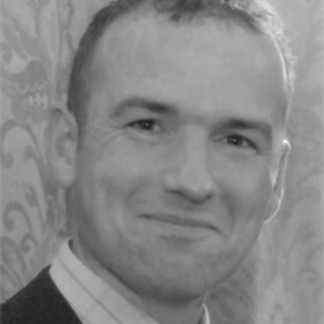 Professor of Social and Political Science, University of Manchester

Bob Huckfeldt of University of California Davis pioneered the use of data on the political discussion networks of electors, and showed how voters took their political cues from those closest to them, especially immediate family. Although people may be more inclined to talk politics with people they already agree with, Huckfeldt and others have shown that these selection effects are actually rather small, as people form relationships for much better reasons than politics, and tend to talk politics with the people closest to them. Sharing similar opinions with a close political discussant can re-enforce existing preferences and behaviours and also insulate against other influences. Despite this, while politics discussion networks tend to display fairly high levels of agreement, they are rarely completely homogenous.

Although most existing research has shown that social influences are rather strong, data on political discussion networks are rather few and far between. Until now there has not been a module about the voting behaviour and preferences of political discussion partners in a British Election Study since 1992. The second wave of the 2015 British Election Panel Study carried out in May-June 2014 included a battery of questions about up to three people respondents talk to most about politics. Around four out of five respondents named at least one discussant and two out of five named three, and the most frequently cited discussants were spouses, friends and relatives. Respondents were also asked what party their discussion partners usually vote for. Comparing this with how the focal respondent intends to vote in the next General Election we can get an idea about the amount of agreement and disagreement within British discussion networks. By using this information alongside wave 3 vote intention data (collected in September) we can see whether the character of political discussion networks has any effect on vote switching.

The first thing to note is that the average number of discussants doesn’t vary a great deal by voting intention. The only notable differences are that non-voters and BNP supporters are more likely to name no discussants at all, reminding us that political discussion is itself an indicator of political engagement. Perhaps unsurprisingly, on average, respondents are much more likely to have at least one Labour or Conservative discussant (40% and 33% respectively) than they are UKIP or Lib Dem friends (both 12%). UKIP in particular score relatively badly on this measure than their overall support level would suggest. Research from other countries has suggested word of mouth is important for building support for new and smaller parties (for example Italy’s Five Star Movement), so it seems that UKIP may be handicapped by its lack of informal advocates. Apropos this, a recent YouGov poll showed that a significant minority of voters would find it hard to stay friends with a UKIP convert. We find that UKIP supporters are much less likely to have a ‘fellow traveller’ discussion partner (38%) compared to Labour (72%), Conservatives (66%) or even Liberal Democrats (47%). In other words UKIP supporters are less likely to have their preference re-affirmed than voters of other parties.

So does this really matter? We test this in two ways. First we ask a question in BESIP on how likely it is that the respondent would ever support a party on a scale of one to ten (known as propensity to vote, or PTV for short). In Figure 1 below, each quadrant shows the support for a main party according to the number of ‘friends’ also supporting that party. The line corresponding to the colour of the party in question (i.e. red for Labour, blue for Conservative, purple for UKIP and gold for Lib Dems) shows the relationship for ALL respondents. The other lines in each chart show the pattern for voters of rival parties1. So the likelihood that anyone would vote Labour increases dramatically as the number of Labour friends increases. Moreover, even when looking at supporters of other parties, the chance that they would ever vote Labour consistently increases as the number of Labour friends increases. Even Tories are quite likely to consider voting Labour if they have Labour friends. This same pattern is seen across each of the four main parties, both for the electorate as a whole and for supporters of each party’s rivals. The significance for UKIP of having lack of informal advocates is perhaps best seen by the steepness of the purple line in the UKIP chart: voters with zero UKIP friends score 3/10 on likelihood of ever voting UKIP compared to 9/10 for those with 3 fellow Kippers.

A second way of showing the importance of friendship networks on party support is to look at the extent to which the party preference of discussion partners is affected by how respondents changed their vote intention between wave 2 and wave 3. By comparing how respondents intended to vote in wave 2 and wave 3, we can classify respondents as loyal (they stick with their wave 2 party), deserter (they abandoned their wave 2 choice) and recruits (they switched to the party in wave 3). Figure 2 looks at loyalty and desertion by whether or not the respondent had a friend who supported the party in question. We see that for the four main parties plus the Greens2 the rate of loyalty in wave 3 is always higher if the respondent had a friend in wave 2 who supported the same party. Although loyalty rates are fairly high across the board the differences are quite substantial. For example, Labour voters without a Labour discussant had a 79% loyalty rate compared to 90% for those with at least one. The comparable figures for UKIP were 72% with a UKIP friend and 83% without. The difference is most marked for the Greens with figures of 49% and 81% respectively. The mirror image of loyalty is of course desertion: the patterns of desertion shown in purple perhaps show this pattern even more clearly: for all parties desertion is sharply reduced where the respondent’s political preferences are buttressed by their friends.

The other side of the election equation is recruitment of new supporters. The levels of party support were remarkably stable between June and September. However this conceals plenty of movement under the surface. But how successful were the parties at winning over new supporters? Well that depended to a large extent on the discussion networks of voters: new recruits to each party (shown in Figure 3) were much more common when a respondent had an existing discussion partner who supported the party in question. For example, of all the respondents who didn’t vote Labour in wave 2, 7.3% switched to Labour in wave 3 if they had a Labour discussant. This was only 3.4% if the respondent didn’t have a Labour discussant. For the Tories and for UKIP the differences were even greater (9% with friends compared to 3% without, for both parties). The Liberal Democrats, perhaps predictably, found recruitment harder with figures of 4% and 1% respectively.

Although we cannot be sure how far friendship patterns precede or cause party preferences, the BESIP data does give us a glimpse into how social networks may influence party support. We have seen that the smaller parties are at a disadvantage insofar as fewer people have UKIP or Lib Dem discussion partners and are therefore less likely to hearing positive messages of support about those parties. This matters because having no friends to corroborate a party preference leads to a higher chance of defection. Conversely, having friends and family who support a party substantially increases the chances of switching to that party. In his experiments carried out in 1951 Solomon Asch showed that the pressure of social conformity lead three quarters of subjects to incorrectly identify lines of matching length when faced with others (deliberately) giving the wrong answer. However when the true answer was vindicated by a single other participant (a true partner) the level of conformity dropped dramatically. If the wish to conform is this strong, then it is perhaps not surprising that vote switching and voter loyalty is so dependent on social relationships. Political parties in the US have learnt this lesson. On election night in 2008 (and again in 2012) Obama tweeted to his supporters: “all of this happened because of you”. In this he was recognising the power of direct mobilisation on its own is not enough. A successful campaign needs indirect or vote-to-voter mobilisation to be really effective. The trouble for UKIP (and for other less well established parties like the Greens) is that despite the larger parties being increasingly unpopular, there is a very long way to go before any more than a handful of voters can say “if they’re good enough for my friends, they’re good enough for me”.

Did you get the memo? Post-legislative scrutiny and the case of judicial review

Disputed parliamentary election results – often taking months to resolve - were a frequent feature of English political culture before the reforms of the 19th century. But how could defeated candidates protest the result of an election, and how were such disputes resolved?

Did you get the memo? Post-legislative scrutiny and the case of judicial review

A large body of Coronavirus-related Statutory Instruments have been subject to limited parliamentary scrutiny. Amid growing concern that Parliament is being sidelined by ministers, this briefing explores the procedural obstacles to effective scrutiny of the Covid-19 regulations, and how these might be addressed

Building on the ‘Brady amendment’: how can Parliament scrutinise Coronavirus regulations more effectively?

Politics in Autumn 2020 will continue to be dominated by Coronavirus and the negotiations with the EU, as the end of the post-Brexit transition period approaches on 31 December. But what will this mean for parliamentary business in the coming months, and what scope will there be to tackle other issues? We pick 15 things to look out for.

Catherine McKinnell MP, Chair of the House of Commons Petitions Committee, sets out how the Covid-19 crisis has significantly increased the public’s use of e-petitions while limiting the House’s ability to debate them. This has prompted the Committee to innovate, to ensure that petitioners’ voices are heard during the crisis.

In a crisis the House of Commons is hamstrung if it is in recess, for MPs are not masters of their own House. While any MP can make representations to the government and the House of Commons Speaker to request a recall, under Standing Orders only a formal request from ministers to the Speaker can actually trigger one.