The Speaker of the Commons, John Bercow, has called for further reforms of the way the House of Commons operates, saying that, while much has changed for the better over the past decade, the authority of the Commons has not yet been fully restored after the expenses scandal and he is ‘restless for improvement’. 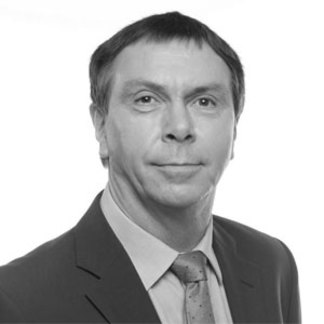 Addressing a meeting of the Hansard Society in a lecture at Speaker’s House in the Palace of Westminster, Mr Bercow outlined his agenda for the next steps to further reform. He said he believed the Commons was now a much more relevant political entity than it had been in the first decade of the century and highlighted what he called the resuscitation of the use of the Urgent Question procedure. Mr Bercow has championed this device in his eight years as Speaker, offering MPs the chance, as he put it, to hold ministers’ feet to the fire on a topical political issue where the government had been reluctant to volunteer a statement to the Commons.

The Speaker said there had been 385 occasions when he had allowed an Urgent Question, a procedure now widely accepted though he understood his face had become “a veritable dartboard in the offices of ministerial diary secretaries” due to the inconvenience for ministers who found their diaries upended. He suggested the revival of the Urgent Question had acted as a magnet for MPs to come to the Commons Chamber instead of heading for the TV or radio studios or penning a letter.

The Speaker argued that changes introduced in the way the Commons conducts its business – many of them based on the reforms proposed by the committee led by the former Labour MP Tony Wright in 2009-10 – had made significant improvements: the Commons was no longer just what the great 19th century political analyst and historian, Walter Bagehot, would have called the dignified part of our constitutional arrangements but was now a functional part too.

Mr Bercow’s speech was entitled “Opening up the usual channels: next steps for reform of the House of Commons”, and those ‘usual channels’ he has in his sights are the powerful party business managers in the whips’ offices, situated around the Members’ Lobby of the Commons.

In a tongue-in-cheek sideswipe at the whips, who enforce party discipline among MPs, Mr Bercow recalled his own days as an independent-minded Conservative member of the Commons: “My relationship with the Conservative whips was characterised by trust and understanding. I didn’t trust them and they didn’t understand me!” He also described the often-mysterious and secretive workings of the whips’ offices as “the underworld of the usual channels”.

The Speaker highlighted three areas for further reform and began with one part of the Wright recommendations which had been approved by the Commons but never carried through. This was the proposal–approved by MPs in 2010–to establish a House Business Committee to deal with ‘government time’, and to work alongside what had become the successful innovation of the Backbench Business Committee, which dealt with ‘non-government time’. The House Business Committee–intended to offer the Commons a say in the way government business is organised–was, he suggested, still “missing in action, confined to something akin to parliamentary purgatory. Nailed to its perch”.

Mr Bercow stressed that the Wright formula for this committee in limbo did not seek to ‘defenestrate’ the whips’ offices. It recognised the supremacy of the government on such a committee but considered that the balance of allocation of parliamentary time across the legislative programme was a legitimate issue for the House as a whole to consider, along with recognising the importance of opposition parties being given more say on scheduling their business. Mr Bercow argued that the decision to set up the House Business Committee should either be implemented or refashioned, or a decision taken that Parliament had changed its mind. “MPs should not be sidelined in this fashion,” the Speaker inveighed.

He suggested that recent governments and their whips offices had seen that the Backbench Business Committee was becoming a “rather serious player” or, in plainer language, “a wretched nuisance”, so they seemed to have decided “this far and no further”.

The Speaker’s second target for reform was the way Private Members’ Bills are organised. This opportunity for backbench MPs to pilot a new bill, of their own choosing, all the way into law is highly-prized, but while the Commons sets aside thirteen sitting Fridays each session for such bills, he said the chances of any more than a handful becoming law were meagre. He added that the common practice of a bill’s opponents ‘talking out’ a Private Member’s Bill – making lengthy speeches to ensure it runs out of parliamentary time – “though done both within the rules and often with destructive skill, has not enhanced the reputation of the House”.

Mr Bercow suggested that one radical solution to the low profile of Private Members’ Bills would be to move them from Fridays–which he described as “the outer solar system of the parliamentary week”–to a more prominent slot, while noting that the Commons Procedure Committee had opted instead to try to improve the Friday arrangements, for now at least. He called for a Commons debate to determine whether MPs were satisfied with this approach or were perhaps inclined to be bolder and shift Private Members’ Bills away from Fridays.

Recall of the House in recess

The Speaker’s third target was the way the occasional urgent recall of Parliament during the recess is organised, posing the question: “Whose House is it anyway?” There have been six such recalls since 2009, including for the vote in 2013 which rejected then-Prime Minister David Cameron’s call for the UK to join in military action against Syria. The current procedure, where a recall to discuss an urgent or topical matter of importance can only be requested by the government of the day, was in need of improvement, Mr Bercow suggested. He argued that a recall could perhaps also be triggered if a quarter of all MPs called for such a move, providing that number included significant numbers of government and official opposition MPs. Again, he called for a Commons debate on such a proposal.

Summing up, the Speaker said the readiness and capacity of the House of Commons and its backbench MPs to take more control of their business was something he encouraged and all these modest reforms, while not exactly a Bolshevik October Revolution, would take the process a significant step further.

Answering questions, Mr Bercow insisted that, despite the referendum vote for Brexit, the doctrine of Edmund Burke that MPs should use their judgement on behalf of their constituents rather than just do what they were told by voters had not been reversed. Yes, MPs faced pressures from party whips, constituency activists and voters. “But ultimately it is for them to decide how they vote and recognise that they will have to take the consequences of that vote. In the light of the referendum, of course, there are actors on the stage now who are very strongly supportive of Brexit who will tend to say that the absolute responsibility of MPs is to vote this through, but that is an opinion rather than a constitutional fact.”

Asked whether the government can insist that the only vote MPs will have on the final Brexit deal it negotiates will be to accept it or crash out of the EU with no deal, the Speaker suggested that the Article 50 process triggering Brexit could, legally, still be reversed despite the government’s insistence that the decision cannot be changed.

“Parliament has every right to scrutinise the Brexit process and Parliament can do what Parliament wants in terms of action at the end of the process. On the legalities of it, I am simply not a lawyer. The government has made it clear that it does not intend to revoke the invocation of Article 50. It may well be that it is legally possible, that may well be so–in fact, my sense is that it almost certainly is the case–but the government has indicated that it doesn’t intend to do so. But Parliament is there and, as far as I can see, can do what it wants and that is something which should really be welcomed, or at any rate be acceptable music to the ears of those who have advocated taking back control.”

Asked, finally, whether he found young people were interested in politics, the Speaker said his frequent visits to schools suggested that large numbers of the young were very interested, even if they didn’t like formal party politics. Almost a million young people were now voting each year in the Make Your Mark ballot conducted by the UK Youth Parliament to decide the five topics to be debated in its autumn Friday sitting in the House of Commons. Mr Bercow said he was very proud of the UK Youth Parliament, and had decided to chair their proceedings himself when they came to the Commons. He recalled with wry amusement the outrage of an unnamed senior Conservative MP, now retired, when he had first decided to do so.

“Quite a senior Member of Parliament came up to me and he was absolutely puce. He said, ‘If those young people are allowed to come to this Chamber, as regrettably the House has decided and which you intend to sanctify by your presence in the Chair, at the very least, chewing gum will be left all over the Chamber and at the worst, penknives will be used and damage will be inflicted on those benches which I love.’”

“I said ‘I predict they will be proud to be here and will speak well and behave a damn sight better than we do.’ And I was right!”