The Edstone is one of the abiding images of the 2015 General Election. 8ft 6 inches tall and made out of solid limestone, the Edstone was inscribed with six pledges from the then Labour leader Ed Miliband. 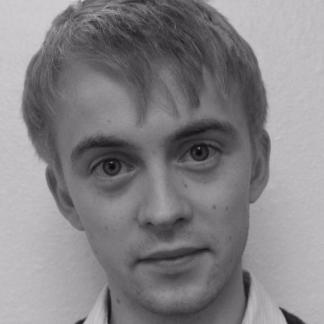 It was a political stunt that instantly backfired. The morning after its erection in a car park in Hastings the stone was swiftly removed and disappeared for the rest of the election. Only recently it was found by Daily Mail reporters, hidden in a warehouse in south London.

For the media and many in the Labour Party it looked like Mr Miliband was acting more like a biblical prophet than a modern, secular political leader.

Of course, for most of human history across the world faith and politics have been far more obviously interlinked than in the present day. Rulers were elected or selected by God and expected to uphold the faith, the universe was thick with supernatural beings and temporal political actions were set in a theological grand narrative.

After the Enlightenment and the slow (continuing) secularisation of much of modern life following the industrial revolution it is often assumed that faith is disappearing in modern life and modern politics.

What this assumption often misses is the crucial difference between what we may distinguish as ‘substantive’ religion (a worldview based on a relationship with supernatural creatures: saints, devils and angels) and ‘functional’ religion (how religion satisfies certain personal and communal needs: the way religious faith gives our lives in community structure and meaning for example.)

The point is just that when we say ‘religion’ is receding in importance we are often only thinking of the substantial aspects of faith. In contrast, ‘functional’ faith is going nowhere and in the general election of 2015 it emerged in some surprising and fascinating forms.

As Don Cupitt puts in his book Theology’s Strange Return, our

… whole culture remains strangely pervaded by religious art, religious language and religious feeling. Even though we know that there is not literally any God, nor life after death nor supernatural order, nor anything ‘absolute’ and eternal, yet we still remain temperamentally religious beings.

The General Election saw the creation of a variety of functional faiths, some more convincing than others.

Labour, under Ed Miliband was perhaps the least substantial. The party’s grand narrative (which, in our modern age is the secular equivalent to an over-arching theological narrative) was lacking in power and imagination – this was made concrete (or rather, limestone) in the Edstone. Although we live in a small secular universe compared to that of our ancestors, pledges on ‘Homes to buy and action on rents’ hardly sets the soul alight.

The competing conservative narrative was better but still not dazzling and, for something more than humdrum, we need to look north to Scotland.

The Edstone was a monumental failure and an almighty gaffe for the Labour party. But it wasn’t the first political statement quite literally ‘set in stone’ in the past year. That honour goes to Alex Salmond and his own Salmond stone.

It was mocked by many journalists but, many months later, the stone is still there.

So why did the Edstone fail but the Salmond stone succeed?

The SNP won almost 50% of the vote north of the border and routed all three unionist parties. Its followers, compared to the other parties, are brimming with moral purpose, ambition and vision. As I have argued elsewhere, their party gatherings remind one more of a mega church than a political gathering, the party has hoovered up the floating believers of contemporary Scotland and the SNP in anthropological and sociological terms ‘functions religiously.’

At the heart of this functionality of the SNP is their grand narrative of Scotland which is arresting, powerful and attractive. Scotland, currently trapped in the union, its talents constrained and its potential unrealised could be so much more, the SNP argue. The struggle against the British state (understood by some of the SNP’s followers as nefarious, all-powerful and cruel) is not just a fight for identity (to ‘make Scotland’s voice heard’) but a profound moral struggle as well. To listen to some SNP members and supporters talk you realise that many do not just oppose the Tories, they hate them with a burning and righteous passion. Love for the nation and hatred for its oppressors are powerful emotions.

A vote for the SNP, if you follow their rhetoric, is a vote for self-determination and self-realisation. But this self is not alone – rather it is within the community of the Scottish nation, moving forward as one against the hated Tory enemy.

Whether you agree or disagree, support or oppose, the SNP’s grand narrative is hugely more attractive and substantial than anything the other parties offer.

Given its depth and profundity (the notion of the nation state coming closest in the modern world to what ancient theologians deemed sacred) it is no surprise that, when marshalled and inspired by talented leaders, the SNP has for some started to function religiously. How could it not? It provides an answer to some of the most basic questions about life (where are we going, who are our enemies, where did we come from? etc.) is an expanding and welcoming community and gives clear, simple answers to difficult questions.

This is in stark contrast to Labour.

The Edstone could never inspire because no one was ever sure what it meant. It was created by a leader who failed to articulate a convincing narrative of the future not only to his supporters (one Labour staffer broke down when he first saw the Edstone on television) but the rest of the country as well.

The lines between faith and politics have always been blurred and human beings, no matter how much we secularise our public spaces and interactions will never stop behaving in religiously recognisable ways. Important emotions and important ideas are always treated with special reverence. Those tuning in to BBC Parliament next week for the state opening of Parliament will see this principle first hand.

Perhaps the reason Salmond’s stone is still standing and Milibands’ is languishing, forgotten and reviled in a draughty warehouse, is simple. Despite its silliness, one rested upon a powerful quasi-religious grand narrative, the other pretended it did, and was destroyed.