The debate about remote participation in House of Commons proceedings raises critical questions about what constitutes a ‘good parliamentarian’, what ‘fair’ participation looks like, and who gets to decide. As things stand, the exclusion from much parliamentary business of pregnant women, among others, undermines equality of political representation. 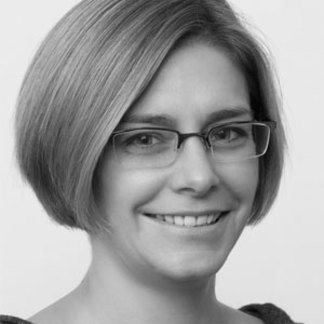 Professor of Gender and Politics, Royal Holloway, University of London

Sarah Child’s research centres on the theory and practice of women’s representation, gender and political parties, parliaments and institutional change. Her latest book (with Karen Celis), Feminist Democratic Representation, has been published by Oxford University Press. Sarah is also the author of The Good Parliament report (2016), which followed a secondment to the House of Commons. The Report identified a series of reforms to make the Commons diversity-sensitive, and Sarah was actively involved in the introduction of proxy voting for MPs on baby-leave. Currently on a Leverhulme Fellowship, she is writing a new book: Designing Feminist Institutions.

2020 had – all things considered - been a very good year for the parent in Parliament: September saw the 2018 temporary change to Standing Orders that permitted MPs to have a proxy vote when on baby leave made permanent. No longer would the mother MP risk a broken ‘pair’ or public accusations of laziness, and neither would constituencies go unrepresented during the mother or father MP’s leave.

Yet the testy parliamentary debates over how the Covid-19 Parliament should be run now once again find the pregnant MP cast out of the parliamentary family. She stands alongside many other MPs who are not ‘highly clinically vulnerable’, the category for whom Leader of the House Jacob Rees-Mogg made some belated accommodation in late November, although no proposal has as yet been agreed to.

Parliamentary participation in the pandemic

Yet, however ground-breaking, these arrangements applied to just a narrow set of parliamentary activities: after a limited period in April and May when only government business was debated, participation in debate has only been available to MPs who attend in person – a fact lamented by many Members from across the House ever since. Social distancing rulings mean that, in any case, only 50 MPs can be present in the Chamber at any one time.

The moving testimony by breast cancer patient Tracey Crouch MP decrying her formal exclusion from a debate on breast cancer prompted Mr Rees-Mogg on 16 November to announce his intention that the ‘very clinically vulnerable’ would be able to participate remotely in a number of extra parliamentary activities, including debates on motions. This is a welcome move.

Yet once again, and as the debate following his announcement made clear, plenty of MPs fall outside this medical status: among others, those at risk because they are over 70 or come from minority ethnic backgrounds, those caring for vulnerable partners or children, and pregnant women. It also excludes MPs who wish to participate from afar for reasons of childcare or geographical distance or local lockdown requirements.

In the words of Conservative MP Alicia Kearns:

While I welcome my Right Hon. Friend’s decision, will he consider a specific exemption mechanism for MPs who are not classed as clinically extremely vulnerable but who have been told in no uncertain terms by medical professionals to stay at home? I am a pregnant woman in my third trimester, and the Royal College of Midwives and all clinicians advise that if I contract Covid, I am 60% more likely to end up on a ventilator or risk the pre-term birth of my baby [emphasis added].

Kearns continued: “Other key workers in their third trimester have been exempted by employers”. Her question, asking if the Leader would consider such an approach, received only an opaque answer.

The case for the presence of pregnant women in the House of Commons – in both Covid-19 and normal times – is part of a larger claim about political representation. Whilst not reducible to it, motherhood is central to what are commonly understood as women’s issues. Redressing the ‘poverty’ of women’s representation requires representative institutions and processes that include diverse women, a politics that is responsive to them, and mechanisms through which women can hold parliaments and their elected representatives to account.

The government’s behaviour in respect of its Covid-19 arrangements falls far short of such a standard, with seemingly little appreciation or support for the pregnant woman MP, others with medical vulnerabilities, and/or those MPs who for other Covid-19-related reasons seek to participate remotely. The Procedure Committee’s 18 November report was pointed in its critique of a crude medical definition of the MPs who can and cannot participate from afar:

We do not consider that there is a justifiable case for eligibility for virtual participation in debate to be determined by reference to clinical vulnerability.

Recent parliamentary manoeuvres did little to suggest anything other than that the Leader’s approach was more about executive-legislative relations than either the rights of all Members to participate or the rights of all constituencies to be represented.

On 24 November, through its control of the Commons agenda, the government dropped scheduled business for the afternoon. This ensured that the Leader’s motion on virtual participation was taken before 7pm and that, theoretically, the government could force a vote, if the occupant of the Chair allowed a closure motion to be put and the government secured the House’s agreement to that motion. (The irony is that, at the government’s behest, the 100 votes in favour required to pass a closure motion would require Members to physically go through the lobbies.)

Chamber proceedings were shambolic: when the debate started, the Shadow Leader, Valerie Vaz MP, was not even in the Chamber (through no fault of her own; the debate had not been expected for several hours). Nor was there a call list, and relatively few MPs were on the estate because of Covid-19 rules. The government must have hoped for a clear run. Several hours of parliamentary shenanigans followed, with efforts to ‘game’ the process by both sides – the Opposition sought to filibuster business to avoid a vote that they might lose being called. In the end, Chris Bryant MP was still talking when it came to 7pm and the motion was thus ‘talked out’. It therefore fell, to be taken on another (unspecified) date if, and when, the government decides that it is willing to revisit the issue.

The need for the House to decide

As matters stand, as crucial decisions on the EU and on the pandemic continue, there is no equality between Members of the House of Commons. The government appears intent on defending physical presenteeism: this is what, we are led to believe, makes for the ‘good parliamentarian’. To this end, the Leader has exploited parliamentary procedure to privilege his contested view of what constitutes fairness.

I would kindly suggest – as constitutional experts have already said before – that this is no way to behave. If ever there was a matter that should be decided by the House, this was it: after all, it is about both community and personal health concerns, the latter of which MPs may not wish to disclose, including early pregnancy; and it is about MPs’ ability to represent their constituents equally.

Further, the hard work by Commons staff and others – including the Procedure Committee and the Speaker – to make Parliament accessible to all MPs during the pandemic risks becoming politicised. Above all, by imposing rules about which MPs can and cannot participate remotely, the government risks creating a perception amongst the electorate that some people’s presence matters whilst others’ does not, and that remote parliamentary work should not be considered ‘work’.

Pregnant women, older MPs and those with disabilities, and those from minority backgrounds, among others, are being discriminated against – a practice that surely would not be allowed in institutions other than Parliament. Absent their participation, the Commons will be filled once again by white, able-bodied men; cognitive diversity – multiple experiences and particular interests – will be likely lost. Which Members will speak for the pregnant women up and down the country unable to bring their partners to births and key appointments, due to Covid-19 restrictions? What of the more-specific-still experiences of BME mothers, who fare less well in the UK?

Beyond these immediate policy-facing questions are those about connections to and participation in electoral politics. When politics is done by others and not with or by the represented, why would women – and any other misrepresented group – engage?

For all these reasons – weighty ones for today, and for the longer-term health of our representative democracy – the Leader of the House must, as the representative of the House, and as soon as possible, table a motion in line with what the House seemingly wants. This vote could be set up as a remote one; or, and more likely, it should be arranged with proper notice so that every Member can make up their own mind, with adequate opportunity for all those with proxies to instruct their proxy how they want to vote. Only in this way can affected MPs – with pregnant women as one group amongst many others – decide on the best mode of participation, without their mind being made up for them by an increasingly all-mighty executive.

If the success of proxy voting for baby leave is anything to go by, proceeding on a cross-party basis, informed by a Procedure Committee report, is both possible and preferable, and indeed the only equitable way.