Professor James Mitchell explains why the SNP’s Westminster contingent will avoid anything that risks undermining the party’s position in Edinburgh. 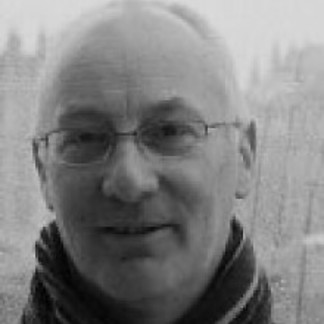 Only those with little knowledge of the Scottish National Party (SNP) imagined that a large contingent of SNP MPs would lead to chaos and mayhem in the Palace of Westminster. The SNP’s landslide - winning 56 of Scotland’s 59 seats with 50% of the vote - was built on eight years of SNP Government as well as the 2014 referendum. The SNP advance was not won on the promise of endless confrontation or on a hard left prospectus.

The background to the SNP landslide in May lies in the politics of devolution. Prior to devolution the party was a marginal force in Westminster politics. Devolution with its more proportional electoral system created new opportunities for the SNP. The SNP became the main opposition party in Scotland for the first time.

But without a record of government, the SNP was vulnerable to attacks based on H.P. Lovecraft’s dictum that the oldest and strongest emotion is fear and the oldest and strongest kind of fear is fear of the unknown. An SNP Government was the great unknown. However as the main opposition party the SNP benefitted when voters became disenchanted with Labour. It was a combination of a Government losing an election and an Opposition winning.

Launch of Britain Votes 2015
'Making sense of May 7: the 2015 election and the future of British politics', with Professor John Curtice. Tuesday 8th September. Find out more and register.

The SNP formed a minority government in 2007 after winning one more seat in Holyrood than Labour with less than 1 per cent more of the constituency vote. Over the next four years, that foothold on power allowed the SNP to build its reputation for competence. By 2011, Alex Salmond was rated the best Scottish party leader by over 80 per cent of the electorate, including 64 per cent of Labour identifiers. This exceeded almost all expectations, no doubt, aided by its opponent’s past predictions of what would happen with the SNP in power.

The impact of the referendum on the SNP’s prospects at the UK general election only eight months later was considerable but more complex than simply reflecting an increase in support for independence. Support for independence had been mobilized and relatively easily channeled into support for the SNP. A couple of years before, opponent’s of the SNP had assumed that a decisive victory for the union would damage the SNP and undermine its support at the UK general election in 2015 and the Scottish elections in 2016. The referendum proved a Pyrrhic victory for Labour and the SNP’s defeat the opposite.

The SNP appeal in 2015 was, as in its previous electoral advances, based on reassuring messages. Labour and SNP had competed to be the anti-Tory party in Scotland and the SNP’s unambiguous anti-austerity message was clear. The SNP insisted that the May 2015 general election was not a re-run of the referendum and that it was not seeking a mandate to hold another referendum. It proposed to share government with Labour reminding Scottish voters of its record of competence in Holyrood and its willingness to work with others to oppose the Conservatives. Labour’s refusal to work with the SNP reminded voters of Labour working with the Conservatives under the banner of Better Together in the referendum. This helped the SNP portray itself as the main opposition to the Conservatives in Scotland.

The SNP’s new MPs will try to avoid anything that might undermine the SNP Government in Edinburgh. Disruptive Parliamentary behaviour would undermine its image as a party of government and aim to be seen as the natural party of Scottish Government. The SNP will strenuously oppose the Government. But the SNP and Scottish public know well that oppositions do not govern and the SNP’s inability to block Conservative Government policy will provide ammunition in making the case for independence.