Whilst the Miller case may be seen as a victory for Parliament, it simultaneously highlights significant constitutional weaknesses on issues such as devolution and the role of referendums. Is it time to consider whether the UK constitution needs more legal as opposed to political regulation? 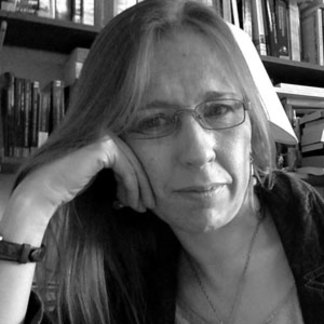 Alison Young is the Sir David Williams Professor of Public Law at the University of Cambridge and a Fellow of Robinson College. She is the author of Democratic Dialogue and the Constitution (OUP, 2017) and Parliamentary Sovereignty and the Human Rights Act 1998 (Hart, 2009).

This post summarises themes in the new book ‘The Constitution After Miller: Brexit and Beyond’ (Hart, July 2018), edited by Mark Elliott, Jack Williams and Alison L Young. Further details are at the end of the post.

It seems almost impossible to talk about the UK’s constitution without mentioning Brexit, the role of referendums, the Miller decision, and now the European Union (Withdrawal) Act 2018.

Although Miller has been touted as the constitutional case of the century, one might be forgiven for thinking that the Supreme Court’s decision in the case achieved little in practice. Far from Brexit causing a constitutional crisis, history may merely regard it as a blip in the ever-evolving nature of the UK’s famously flexible uncodified constitution.

Whilst recognising this interpretation, the essays in ‘The Constitution After Miller: Brexit and Beyond’ (Hart, July 2018), edited by Mark Elliott, Jack Williams and Alison L Young, also illustrate how Brexit highlights both potential weaknesses and strengths of the UK constitution. As such, the Miller decision will continue to have consequences long into the future.

The Miller case highlighted the UK’s constitutional heritage, its long-standing commitment to both the rule of law and parliamentary sovereignty, and the way in which the values and principles upheld by the UK constitution evolve in a piecemeal manner in response to pragmatic situations. In concluding that the UK government did not enjoy a prerogative power to withdraw from the European Union, the Supreme Court drew on case law and legislation from the seventeenth century, establishing the relationship between the executive and the legislature.

Miller drew the rule of law to the attention of the public… Whilst cases may have large political ramifications, the Supreme Court focused on applying the law, not politics

General prerogative powers do not include an ability to modify domestic law or legislation, to modify rights, or to frustrate legislation. This conclusion recognised the sovereignty of Parliament over the executive. The Supreme Court also confirmed the primacy of directly effective EU law, and the extent to which the UK constitution evolved to reconcile this primacy with the sovereignty of the UK Parliament.

More importantly, the case drew the rule of law to the attention of the public. Complex constitutional issues fell to be resolved through an application of legal rules by an independent judiciary. Whilst cases may have large political ramifications, and may be brought for political motives, the Supreme Court in Miller focused on applying the law, not politics.

The case also highlighted weaknesses in the UK constitution. The Supreme Court in Miller was conscious of the need to delineate between law and politics. However, in doing so, it reached a stark conclusion as to the application of the Sewel convention (concerning the UK Parliament legislating in devolved fields). Whilst the convention may be constitutionally important, as a convention the Supreme Court was unwilling to discuss its scope of application and was extremely clear that it was not something the court could enforce.

The lack of legal enforcement of the Sewel convention exacerbated tensions between Westminster and the devolved nations, leading to both Scotland and Wales enacting their own legislation to ensure the continuity of EU-derived law post-Brexit. With respect to the European Union (Withdrawal) Act 2018, it also led to Holyrood refusing to grant a Legislative Consent Motion for the first time in its history. Whilst the Welsh Assembly did grant consent to the EU (Withdrawal) Act, its own legislation ensuring the continuity of EU law in Wales is currently on the statute book having received Royal Assent. However, it is expected that the Welsh Government will make use of section 22 of the continuity Act, which empowers ministers to remove the Act from the statute book by executive order.

Scotland’s Continuity Bill made constitutional history by being the first Act of the Scottish Parliament whose legality was referred to the Supreme Court by the Attorney General under section 33 of the Scotland Act 1998. Whichever way it is decided, the Supreme Court’s decision in that case will have far-reaching legal and political repercussions. Similar difficulties arise with regard to the situation in Northern Ireland, especially given the commitment to the Belfast Agreement and the complex issues arising from the continued lack of a devolved government. Miller may have paid less attention to these devolution issues in its judgment, but they may prove to be one of the most complex constitutional issues to resolve. The question remains as to whether the cost of regaining sovereignty from the European Union may be fissions and potential fractures in the Union between England, Wales, Scotland and Northern Ireland.

Whilst Miller may be seen as a victory for legislative over executive power, the same cannot be said for the European Union (Withdrawal) Act 2018, particularly as regards the broad sweeping powers given to the executive in order to remedy deficiencies in retained EU law and to implement the withdrawal agreement prior to exit day – should any agreement be reached in time. These powers are particularly problematic given that they include Henry VIII clauses, enabling delegated legislation to modify and amend primary legislation. Although the Act contains some limits on these powers, and provides for committees designed to determine when greater parliamentary scrutiny is needed over delegated legislation, there remain huge concerns as to the extent to which leaving the European Union could transfer power from Parliament to the executive, as well as from the devolved nations to Westminster.

Furthermore, Miller illustrated emerging hierarchies between constitutional and ordinary legislation and legal principles, and placed the very nature of constitutional adjudication in sharp relief. Whilst there may be constitutional changes that are so fundamental that they can only be made by the legislature and not the executive alone, or constitutional legislation that can only be expressly or specifically repealed, there remains little consensus as to the origin, scope and application of these emerging doctrines. For some, these principles help the courts to perform their role as guardians of the constitution. For others, they are further evidence of judicial activism, replacing legitimate political checks with politically motivated judicial checks, designed to override the wishes of the people.

As much as Miller is constitutionally significant, it also left some questions unanswered. Importantly, it failed to fully address the role of referendums in the UK constitution – save to recognise that, as there was nothing in the European Union Referendum Act 2015 which provided for a legally binding response to the referendum’s outcome, it could only be politically and not legally binding. Referendums continue to be ad hoc, taking place when, and under conditions determined by, whichever government initiates and successfully enacts legislation to hold a referendum on a particular issue.

Yet, as the Brexit referendum so clearly demonstrates, this creates a tension between popular and parliamentary sovereignty which remains unresolved. It also questions the extent to which the UK constitution can continue to evolve on a piecemeal basis. Is now the time to think through whether the UK constitution needs more legal as opposed to political regulation, particularly to control the power of the executive, or should there be fewer restrictions to enable the government to enact the wishes of the people? Whilst this may maintain the sovereignty of the people expressed through Parliament, it makes it difficult both to make and to leave long-term commitments.

Miller will always be regarded as a constitutionally important case, for both the questions it answered and those it failed to. It may be seen as a catalyst for further constitutional litigation and calls for the courts to play a stronger role to protect the rule of law and the constitution, or as the epitome of the politicisation of the judiciary from which we should beat a hasty retreat. We may regard it as a high point of the protection of the power of the legislature over the executive, or the realisation that the Westminster Parliament facilitates strong executives which are able to push through an agenda backed by a referendum outcome with little parliamentary scrutiny or oversight. It may have fuelled the fire of calls for greater legalisation of the constitution, or a return to more political controls.

With thanks to Mark Elliott for comments on an earlier draft

Get 20% off ‘The UK Constitution After Miller: Brexit and Beyond’

Readers of the Hansard Society blog can order ‘The UK Constitution After Miller: Brexit and Beyond’ with a 20% discount. To take advantage of this offer, you will need to order the book via the Hart Publishing website and use the discount code CV7.

bloomsburyprofessional.com'The Constitution After Miller: Brexit and Beyond' (Hart, July 2018)