Can technology help change the culture and practice of parliamentary politics, particularly around the legislative process? 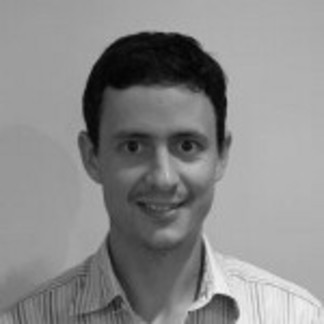 Luke manages the development and co-ordination of the Society’s digital communications strategy, including the website, social media and e-newsletters. He also manages the Society’s varied programme of public events and supports the implementation of its fund-raising and development plan.

Luke joined the Hansard Society in 2010 as an intern on the Scholars Programme, having previously interned as a writer for a politics and culture website. He graduated with a BA in Philosophy (2007) and an MA in Social & Political Thought (2009) from the University of Sussex, and a PG Cert in Journalism and Web Development (2013) from Birkbeck College, University of London.

That was the theme of our recent Parliament Week event exploring how technology and innovation can increase the capacity, strengthen scrutiny and improve public engagement with Westminster, drawing on findings from our involvement in the EU Sense4us technology research project dedicated to developing new tools to help support the policy and legislative process. Over the course of three posts we will look at some of the main take-aways from the event. You can view the full agenda and list of speakers on our events page here.

“Parliament scores highly on transparency,” said panelist Liam Laurence Smyth, Clerk of Legislation. People can very easily witness the legislative process close-up. They can watch all three readings of a Bill from the public gallery, attend select committee hearings where policy is scrutinised and sit through the line-by-line deliberation of a piece of legislation as it passes through a public bill committee. But what Parliament is not so good at is promoting a shift from sitting and viewing to acting and doing.

So how can Parliament begin to encourage a more meaningful interaction and open the legislative process to a wider public?

Research commissioned by the Parliamentary Digital Service (PDS), and also borne out in our annual Audit of Political Engagement, has found there is an appetite among citizens to get involved in decisions that matter to them. The problem, however, is they don’t know how or what impact their contribution will have.

YOU MIGHT ALSO LIKE
Policy-making in a complex world: can new technologies help us better understand, engage and build the trust of citizens?
8 December, Brussels

Social media has made communication channels more direct - as Stella Creasy explained, in the four days following the Syria vote she received 12,500 tweets and as many Facebook comments, a level of instant contact with MPs unheard of 10 or more years ago. But it is also helping to drive the broader disconnect between Parliament and the public, not least because MPs are struggling to cope with the volume of communication that washes over them like a tidal wave each week. So too, MPs are burdened by both the volume and complexity of legislation.

Our research looking at the challenges facing parliamentary staff for the Sense4us technology research project also highlights the difficulties posed when, for example, select committee consultations generate a large volume of material that has to be analysed within a very tight deadline.

But whatever the form of communication, as Emma Allen, Head of Digital Development at PDS explained, a significant barrier to effective engagement remains the perennial problem of the language used within Parliament. Stella Creasy, Labour MP for Walthamstow, agreed, admitting that even after six years in Parliament she still stumbles across obscure procedural phrases, highlighting the level of expertise required to successfully navigate and contribute to the legislative process. While terms like ‘second reading’, ‘committee stage’, ‘third reading’ and ‘Statutory Instrument’ are common among those working in and around Westminster and the devolved legislatures, this vocabulary is far removed from everyday language.

Progress has been made in reducing ‘alien’ language over the past 10 years since Parliament implemented many of the recommendations of the Society’s Commission on the Communication of Parliamentary Democracy chaired by Lord David Puttnam. But as Laurence Smyth explained, introducing plain, accessible language to the legislative process is not an easy task. Precision and concision may be sacrificed in legislation that is easy to follow.

Up to the point of a white paper, issues are often fudged and lines blurred in order to gather the greatest amount of support for a legislative proposition. But then the drafters “spoil the party”; when it comes to the statute book, precision is critical if ambiguity is to be avoided. “Clarity in legislative drafting,” the Clerk explained, “forces [legislators] to make choices so they can’t blur the lines in what they mean.”

Nonetheless, technology could play a part in augmenting the technical aspects of the legislative process to open it up to more people, as was tried with the Public Reading trial of government bills. And earlier this year, PDS began prototyping a Jargon Buster, which offers definitions for technical phrases on Parliament’s website by hovering over text. Initial testing reports 58% of users saying they would find it useful rolled out more widely across Parliament’s services.

A democratic duty to keep data in shape

A vast array of structured data lies behind the power of tools such as these. So, as Allen put it, PDS has “a democratic duty to get the data in really good shape and released to the public”.

The new CommonsVotes app is a good example of how they are trying to do this. Recently launched by PDS following rigorous user research, it utilises ‘well-shaped’ data to provide the results of House of Commons’ divisions within 20 minutes of MPs having voted, visualising the information in a clear and engaging way, in a well-crafted interface. But despite strides like this - PDS is still a relatively new unit within Parliament - Allen acknowledged there is still plenty of parliamentary data that needs to be organised and published, and then packaged neatly within similarly well-designed interfaces to meet user-needs.

Quality data is therefore key to meeting the challenge of making parliamentary information and language more publicly accessible. To this end PDS has commissioned two new initiatives. The first is in collaboration with the Open Data Institute (ODI), who are looking at the quality of parliamentary data, whether it is fit for purpose, who is using it and what steps need to be taken to improve it. The second, a UK-wide user-research initiative, is aiming to tackle the interface side of things - the immediate relationship between Parliament and its digital services and the public.

Digital development projects like this are crucial to Parliament’s future engagement with the public. But, as Allen explained, if parliaments are truly to improve what one audience member described as ‘the customer experience’ then they will need to be much more adaptive - constantly responding to technological changes as well as the needs of users. This will require a potentially sharp cultural shift to bring about closer integration of resources and deeper engagement with service users both internally and externally.

In order to encourage members of the public to make a more active contribution to the legislative process and overcome the challenge presented by a ‘look but don’t touch’ façade, the panel concluded that Parliament must lay the groundwork for people to understand what is happening in a way that is meaningful to them. Part of this in turn is understanding how people themselves want to engage with Parliament and, as we shall see in the next post, in conversations with each other.